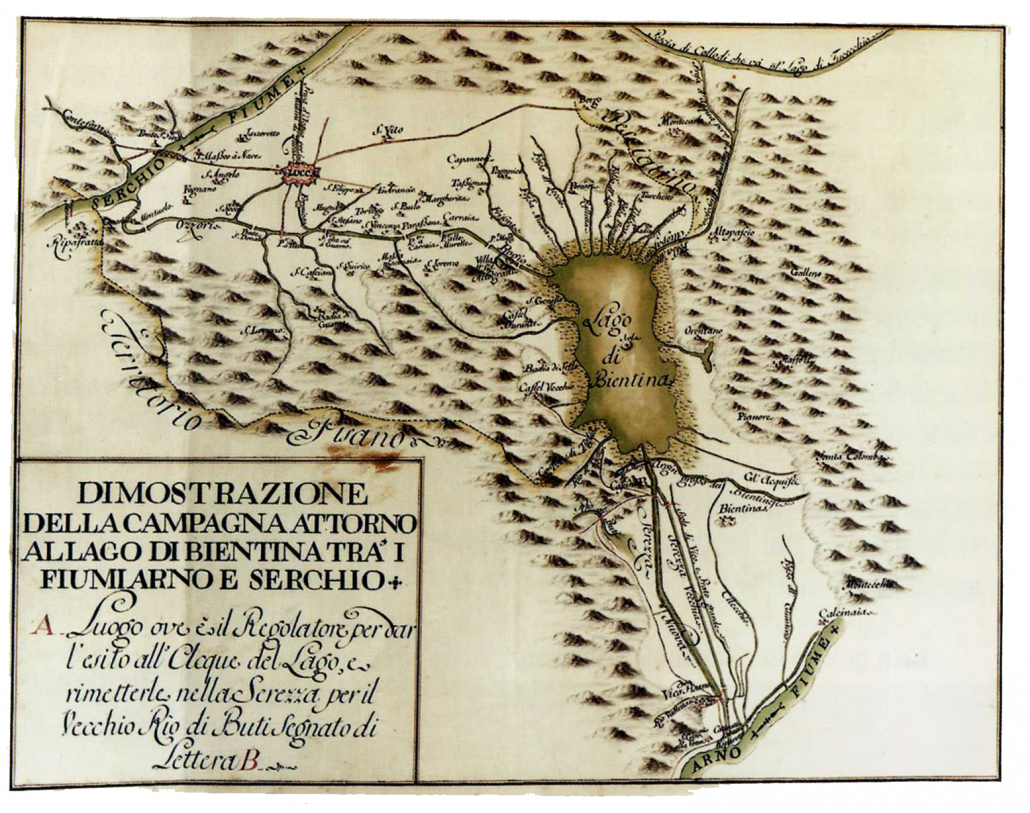 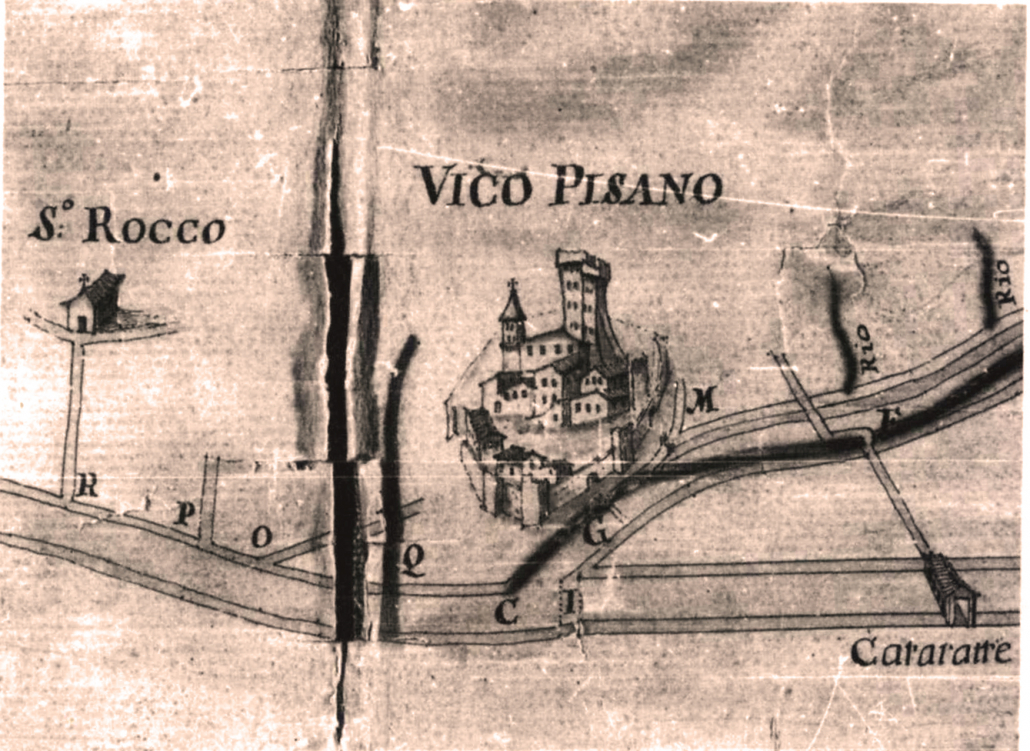 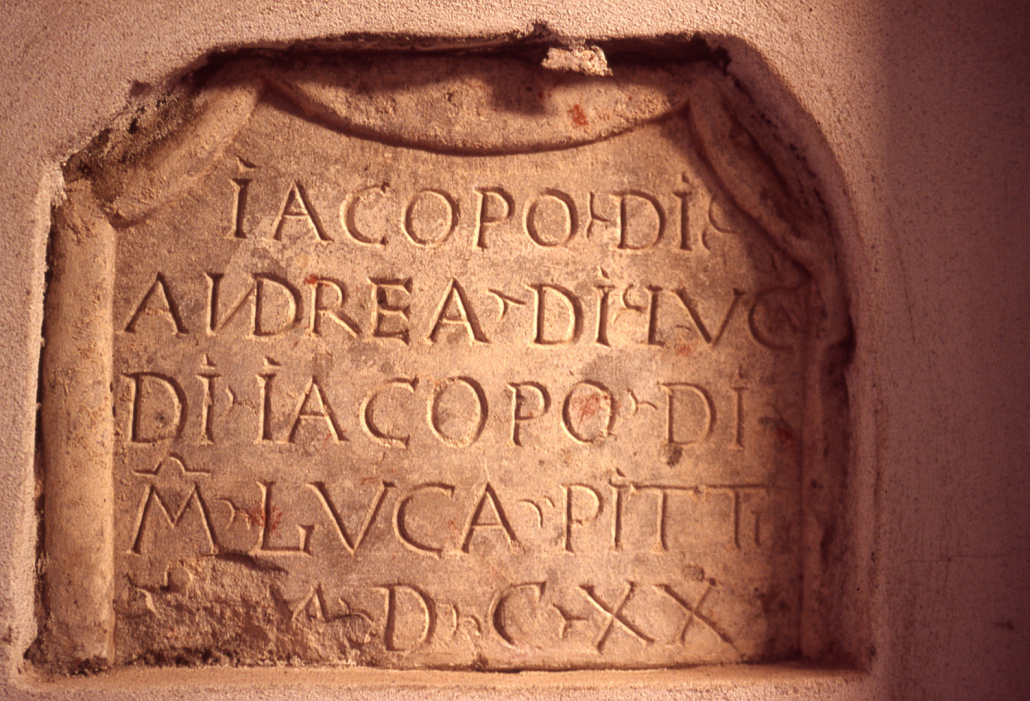 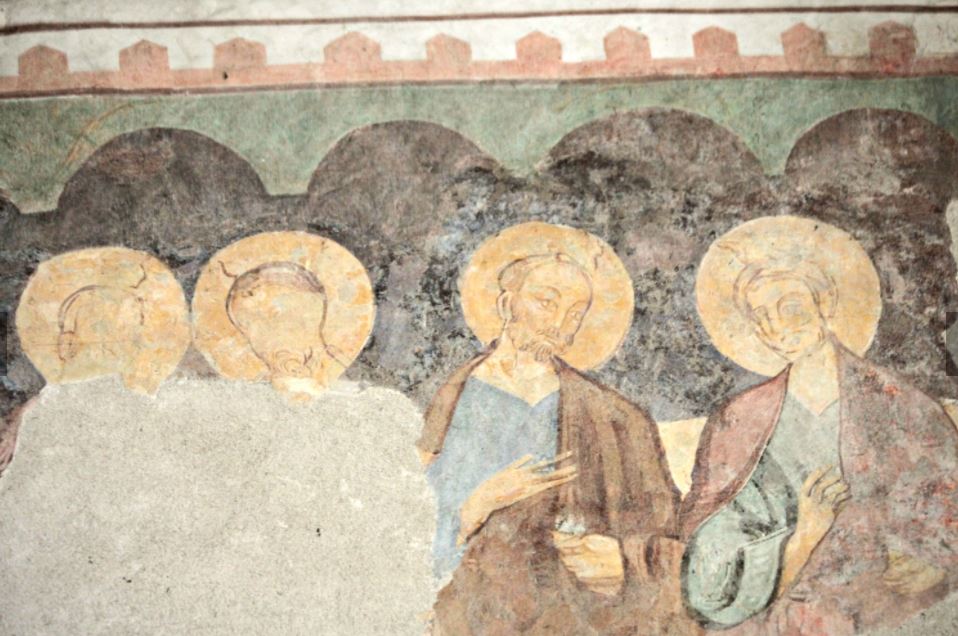 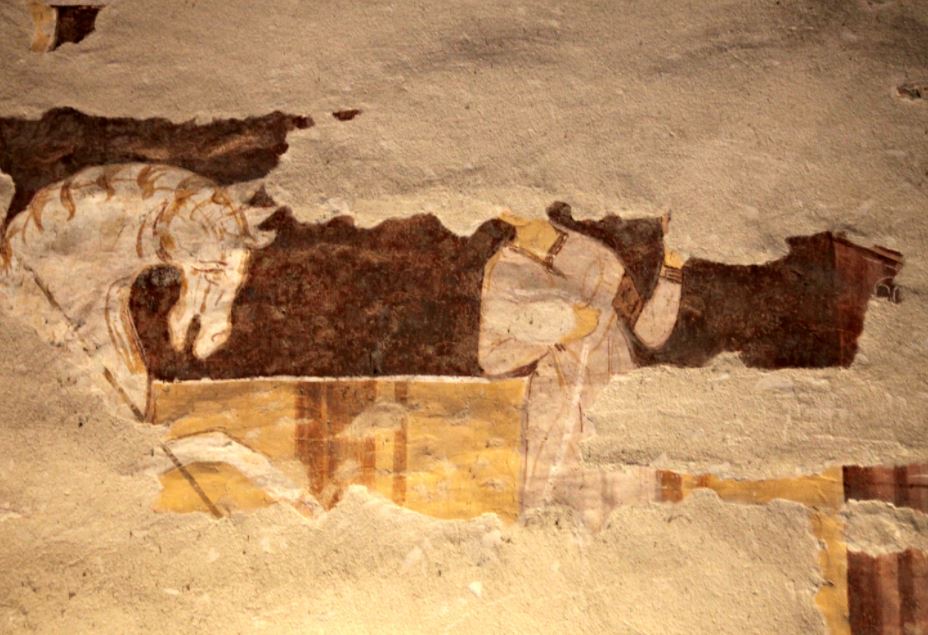 Until 1530, Vicopisano stood on a hill and it was the confluence of two important watercourses: the Arno, which connected Pisa and the sea, and the Auser (or Serezza), which connected it with the Lake of Bientina or Sextum, and thus with Lucca. Its strategic importance is clear, but today it is difficult to understand due to the numerous land reclamation works that took place over the centuries.

It's probable that Vicopisano's hill was already inhabited in Etruscan times, given the recent discoveries in various areas of the municipality of pottery dating from the 5th century B.C. , and perhaps in the Roman period there must have been settlements in the plain surrounding the Arno, probably farms, of which there are few traces left in the local place names (i.e. Bassiliano, Cesano).

From the period following the collapse of the Roman Empire, the only evidence of settlements can be found in the Lombard toponym Sala (i.e plot of land), of which there is a trace in the medieval name of Vicopisano: Auseris Sala, later renamed Auserissola.

From the earliest written documents (10th century) we know that the area was owned by the Marquise Obertenghi, who probably built the Catle of Aurissola on the hill, mentioned in 975. The Castle offered shelter in case of danger, but also allowed an easier development of trade and commerce, precisely because of the protection it could offers in case of attack by the enemies. For this reason, it also attracted the population of the Vicus village (the ancient undefended settlement at the foot of the hill, near the primitive Pieve di S. Maria, first mentioned in 934). He began to reside inside the castle, thus facilitating its development. When the Obertenghi left their properties in Tuscany, Vicus Auserissola (a name of a place which indicated the fusion of the two sites), was gradually acquired by the Bishops of Pisa (12th century).

Great importance came to Vicopisano from being situated close to the aforementioned waterways. It also allowed the Castle to have important economic functions, given the relative ease with which boats and ships could be launched, so that the Vicaresi could trade in medium range with both Pisa and Lucca. Around the 12th century there were many families (Moriconi, Moricotti, De Vico) who, although been originally from the Castle of Vico, also owned proprieties in Pisa and were also part of its ruling class. In this period Vicopisano actively participated in the maritime fortunes of the Pisan merchant class, welcoming within its walls a fairly rich class of people who began to build houses and towers, giving Vico the appearance of a real small town.

Evidence of the social dynamism of the medieval Vico is also provided by a large number of churches in the area, of which only the church of Santa Maria (12th century) is still present today. In the Middle Ages there were the church of San Leonardo, San Francesco (with the adjoining convent), San Simone, San Michele, Santo Stefano, the Campagna di San Bartolomeo, the women's monastery of Santa Maria Maddalena and two hospitals.

The substantial unity of purpose between the merchant class and the religious political power brought great advantages to Pisa and its most faithful allies, including Vico. When this unity was interrupted (from the 13th century), the bishop's authority, who had large estates in the area (in particular on the top of the hill) was replaced by the powerful Pisan Republic, which identified Vicopisano as a fundamental pawn in the military organization. In 1230 it is mentioned as the location of Capitania, that was one of the military districts of the Pisan Republic.

Moreover, Vicopisano was one of the few castle that had, since the beginning of the 13th century,the possibility of drawing up and observing its own statutes: they were different from the Pisa's ones, which were in force in most of the towns of the State. This fact was synonymous of a certain independence, certainly linked with the military and economic importance of the castle.

The end of the 13th century, however, marked the beginning of Pisa's decline, opposed by Genoa at sea and by Florence and Luccaby land. The warlike events that raged throughout the area in those years undoubtedly brought commercial activities to a standstill, with consequent economic damage that resulted in less building activity (it's not a coincidence that most of the towers and palaces still present in Vicopisano date back from the 12th-13th centuries, while most of the reconstructions are attributed to the 14th century). To withstand the enemy's pressure Vicopisano, which was already advantaged by the ease with which it could be defended (it was in fact surrounded by rivers that fed the moats and made it very difficult for enemies to besiege it) was even more fortified and equipped with a Fortress (1330).

Vicopisano's Castle managed to repel the enemy's assaults until 1406, the year in which Vico, and later Pisa, fell for the first time into the hands of Florence.

The new master exploited the good position of the village, adopting a different policy from the one of other centers in the area whose military defenses were dismantled; Vico, on the other hand, was refortified following Filippo Brunelleschi's project, who left an indelible mark on the Vicopisano fortifications by building the Rocca Nuova (1434-1438). Except for brief periods (1494-1498 and 1502) Vicopisano remained in possession of Florence, which perpetuated the administrative role it had under Pisa, making it the seat of the Vicariate of Valdiserchio and Valdarno Inferiore.