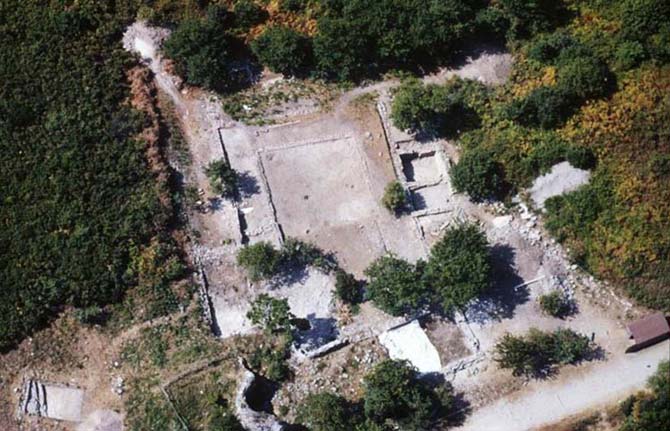 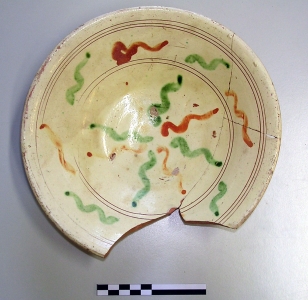 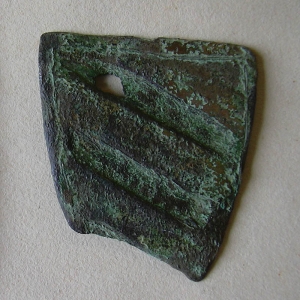 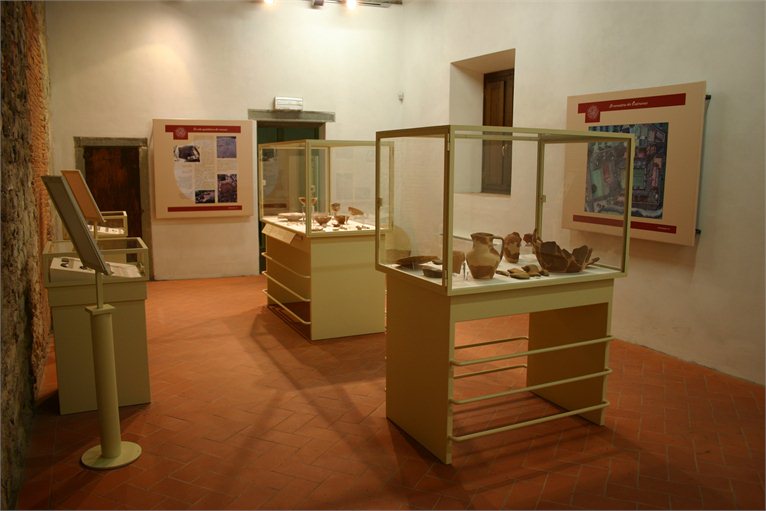 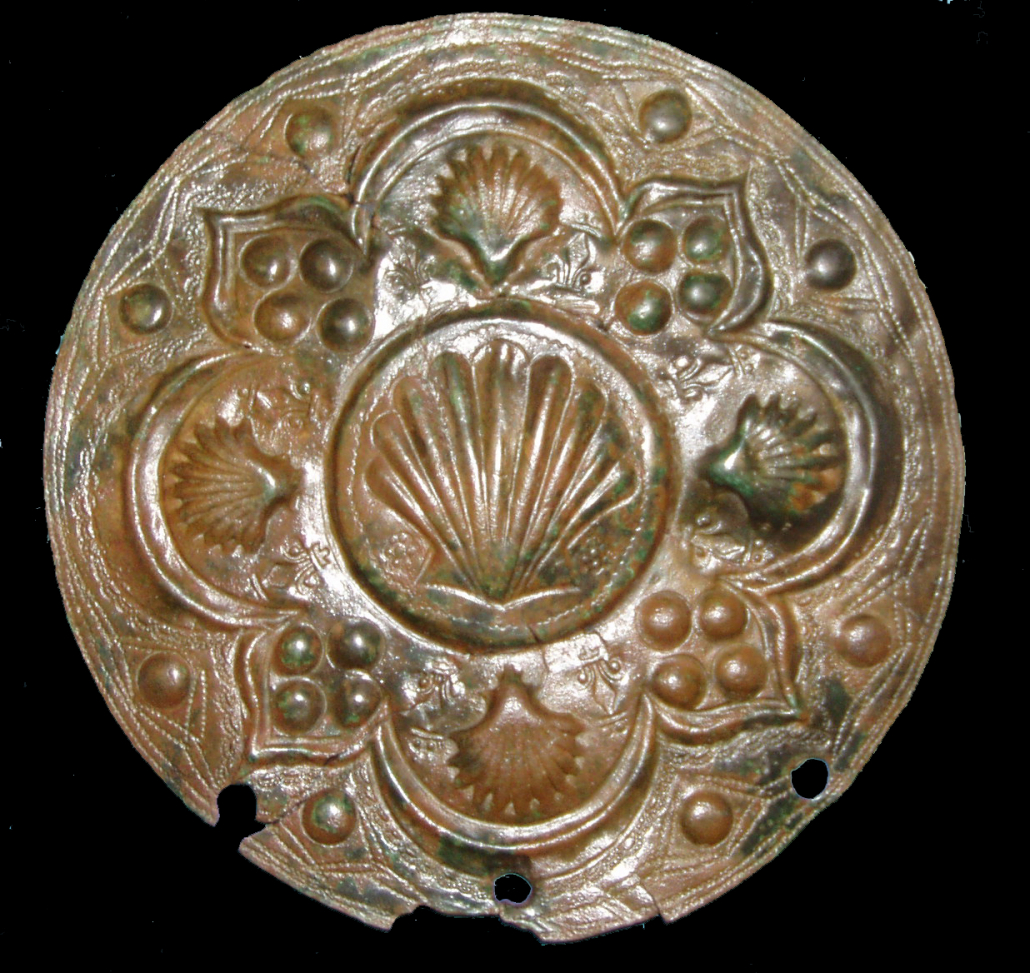 Today the halls of the Palazzo Pretorio host the permanent exhibition of the most important finds from the archaeological excavation of the St. Michael’s Monastery to the Verruca. This is the reduction of the great "L’Aratro e il Calamo: Benedettini e Cistercensi sul Monte Pisano" exhibition (The Plough and the Calamus: Benedictines and Cistercians of Mount Pisano), hosted by Palazzo Pretorio from June 2005 to January 2006.

Guided tours are possible during the opening hours of the Monumental Complex of Palazzo Pretorio and Rocca del Brunelleschi.

The exposed finds are the result of the archeological investigation guided by the Professor Sauro Gelichi from the University "Cà Foscari" of Venice, in collaboration with the Archeoclub of Pisa and both the municipalities of Vicopisano and Calci.
The exibition shows the tourist what was the territory like during the monastic foundation. The monastery is still the center of the narration but at the same time you are going to appreciate the various moment in history in which the site has been occupied.
–
-
-
-
-
-
-
-

There are guides and catalogues of the exibition that have been printed by Felici Editore, Pisa:

The excavation of a site such as San Michele alla Verruca, especially if carried out over such a long period of time, gives back to the world a large number of finds.
The study of this material enables the precise reconstruction of the evolution of the site and its particular characteristics: its centrality or peripherality with respect to the trade routes, its greater or lesser wealth, its moments of splendor or abandonment. The finds are the most precious legacy that an archaeological site can give us, not just for their intrinsic value but for the information on the culture and on the forms of settlement that characterized that specific site.
Metal finds
In the various sections of the exhibition it is possible to observe the metal and stone finds limited to the bullets for weapons. This is a rather large collection (243 artifacts, but we must also add the more than 2000 fragments of nails that has been found). It appears significant from a chronological and functional point of view, especially for some categories of objects such as, for example, crossbow bolts and buckles.
The finds have been subdivided according to the periods and defined on a strati graphic basis. For each period they were gather together into three functional groups: "carpentry and furnishings", which included all the objects linked to building, structures and furnishings, such as nails, hinges, gibbets, wall hooks; "tools", which included all the objects to work (knives, blades, awls, containers, etc.), shoeing and harnesses, as well as all the objects that were used in the construction of the building. Clothing, which included buckles, chains, plates and decorative elements, and accessories (rings and other valuable personal items). Despite the considerable total number of metal artifacts found in the site, the analysis of these objects has generally not yielded functional information about the different areas of the monastery. The main reason is that the vast majority of them belong to the phases of sporadic occupation of the site, unrelated to monastic life. The general impression you might get from the metal finds as a whole would be that they were purely part of a military settlement. On the other hand, the dynamics of abandonment of the complex, spread over a long period, probably allowed the removal of those objects that would have helped us to understand the functional aspects of the contexts.
The Stone finds
Like other contemporary monastic buildings of worship, also attested in the same territory, the church of San Michele had, in its final phase, a single apsidal hall with transept (see the Map), originally delimited by round arches and probably vaulted with a barrel or a cross vaults. The archaeological investigations that covered the complex for about a decade, including the analysis of the elevations, connected the Romanesque building site to the first half of the 12th century.
These were the years in which the entity, previously in the orbit of the nearby monastery of Sesto, became independent and was at the center of numerous economic transactions. This prosperity allowed the opening of a verrucano quarry on Monte Pisano and the reconstruction of the complex in accordance with the choices made by the reformed orders between the 11th and 12th centuries, primarily with a planimetric development, reduced dimensions and simplicity of the architectural features. The iconography of the cross reveals, in its dimensions, the observation of the module and elementary geometric criteria, on which the static balance of the buildings was based. In fact, as can be seen, a simple proportional ratio was observed in the construction (4:1; 3:1) based on the lower measurement of the hall, corresponding to the 11 Lucchese fathoms.
The study of the stone materials revealed the scarce presence of decorative elements, with the exception of a shelf and a fragment of problematic interpretation, both with plant-related decoration. No sculptural elements, or parts pertaining to them, were found that could be referred to the decoration of portals or capitals, generally found in other buildings in the area, such as S. Mamiliano di Lupeta, S. Andrea di Lupeta, S. Maria di Mirteto . Elements attributable to the cloister, such as columns, bases and capitals, seem to be absent. An exception is the quadrangular column found in the room next to the chapter house, probably coming from an opening in the upper floor. Some tapered columns, found in a fairly good state of preservation and with monolithic bases, can be referred to the openings (mullioned or three-light windows) in the context of the bell tower and the chapter house.
Ceramic finds
Pottery was by far the most common find in San Michele. From the Benedictine phases of the 10th-11th centuries, it has been possible to find achromatic tableware, right up to the elaborate decorations of the 15th-century majolica, relating to the presence of soldiers from Florence.
Below, by way of example, are some of the pieces found; a small sample of what is on display along the exhibition route.