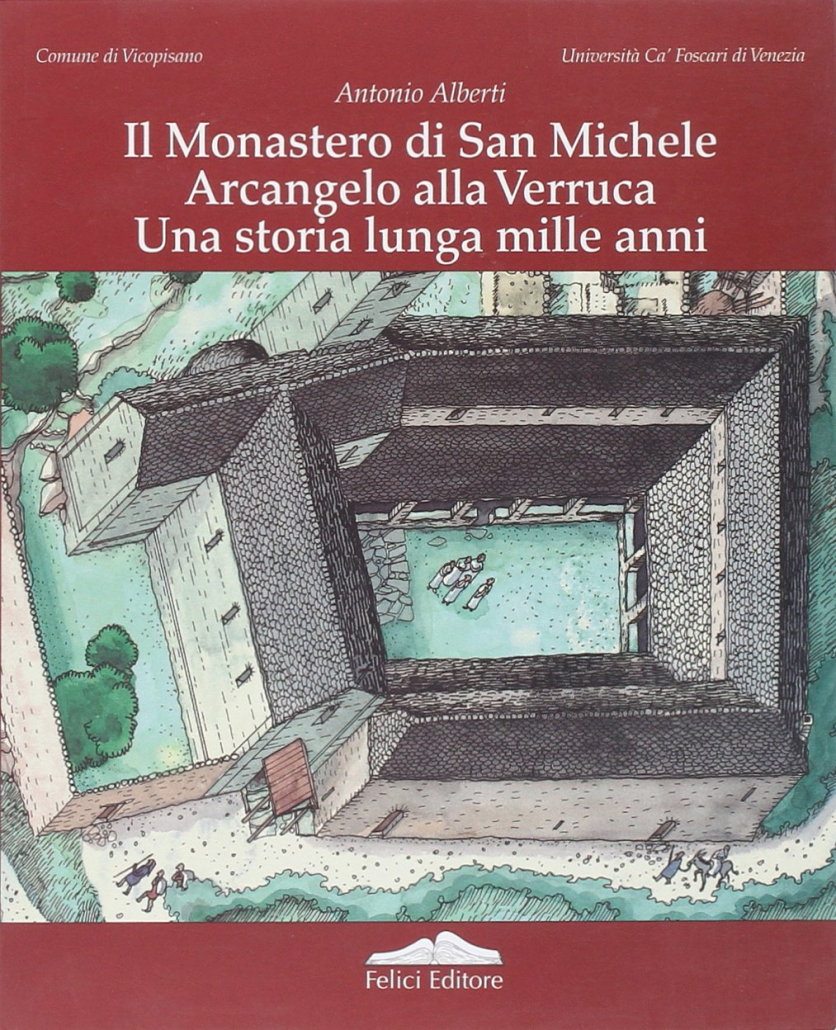 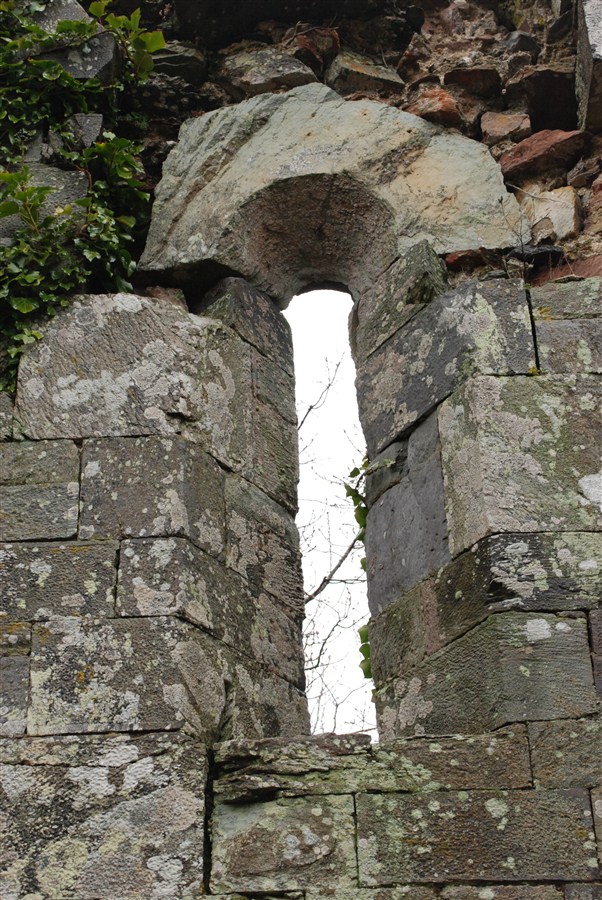 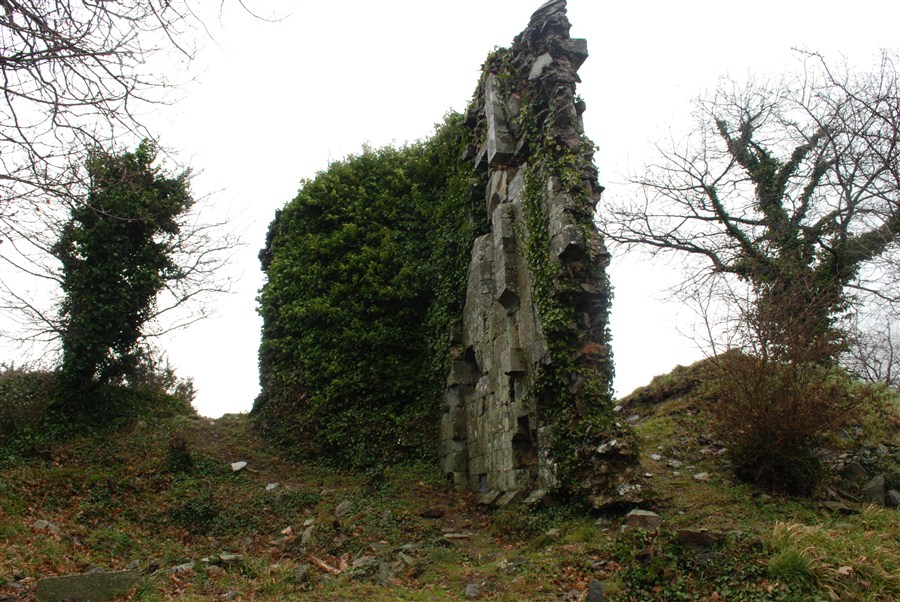 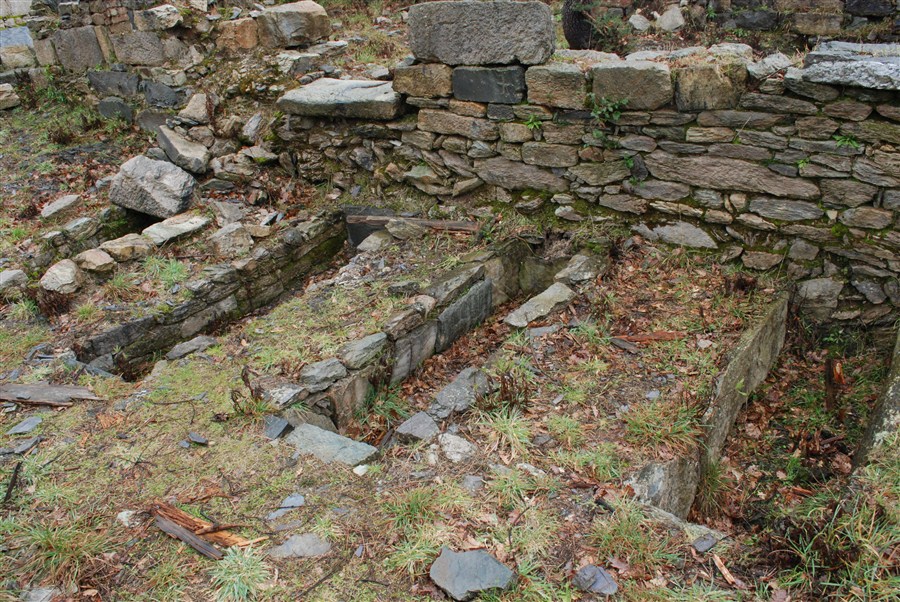 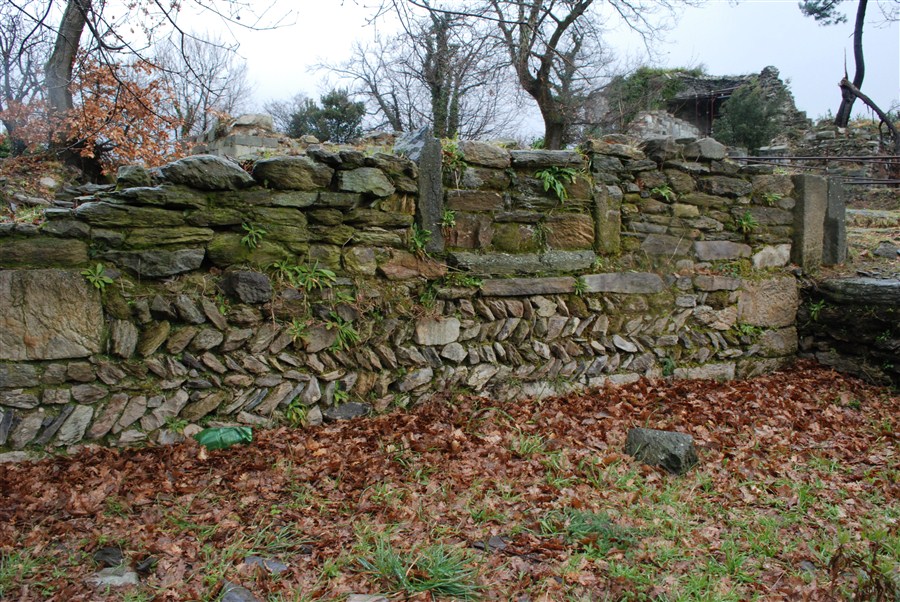 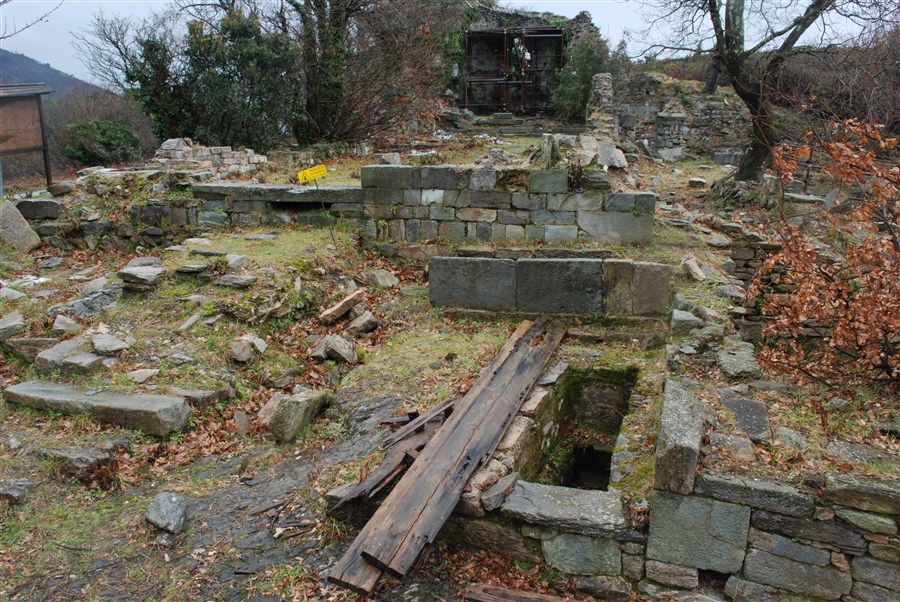 The ruins of the Monastery of Archangel Michael called "alla Verruca", due to its proximity to the homonymous fortress, are located at the base of the peak on which the fortress stands. The archaeological excavations, directed by Professor Sauro Gelichi of “Ca’ Foscari” University in Venice, in cooperation with the “Archaeoclub” of Pisa and with the Municipalities of Vicopisano and Calci, clarified the principal phases of the existence of this site. First it was a Benedictine monastery known since the 10th century but its decline started during the 15th century as a consequence of the wars between Pisa and Florence.

They discovered that the monastery was erected in an area where there was already a 9th century private chapel, according to some documents. The excavations allowed to identify the area were the monastery rose, and brought to light the remains of the abbey church, of the cloister and adjacent rooms (capitular hall, kitchens, refectory, facilities and warehouses). The archaeological project highlighted the sequence of settlements (from Middle Ages to Modern Age), analyzing the building techniques and the handiworks, the human osteological remains and the fauna that was present in the area.

To reach the excavation site and the Verruca fortress, you should continue starting from Piazza Cavalca in Vicopisano and than following the road that passes in front of the Church of Santa Maria, and you have to surpass the bridge on Rio Grande. After more or less a hundred meters, turn left into Via della Verruca . To reach the monastery, you have to continue for 5-6 Km (half of which are not asphalt-sheeted); once you get to the site, however, the beauty of the landscape and the magnificent view will repay you for the effort.

It was released by the marquis Ugo di Toscana following the tradition and due to a mystic vision that he had. He decided to "pro remedio animae sue", that means to construct seven churches, and one of them is the monastery that we are considering. Analyzing the document, it has been found that this conviction was erroneous, mostly because this church has already been mentioned in 861.

In 996, the church received another epithet, that is "Monasterio" (Monastery). That was a sign of evolution, both in structure and in importance. We could see marquis Ugo's intervention as a contribution to receive new riches or for the concession of privileges that allowed this church to become an abbey and, consequently, to gain more prestige.

To justify the presence of ruins in an area that is even now far from any village, we should go back to its foundation (10th century) when the territory was situated near the mountain paths that, starting from the level ground, took to the Lucca's side of Monte Pisano. It wasn't as far as it is today. Also, we must say that Monte Pisano was considered a refuge for the hermits that wanted to stay away from corruption, a place where they could be on their own and pray.

The Monastery of San Michele alla Verruca is located on Monte Grande, at 440 meters above sea level. It is situated on a plateau that also hosts the ruins of the old Pisan chateau. The Benedictine coenobium of San Michele is first mentioned in 996, while a private church located in the same area was attested back in 861. Only in the first half of the 12th century the monastery was entirely rebuilt by the Benedictine monks. The Romanesque facies of the architectural complex has remained the same util nowadays.

Starting from 1260, the abbey moved to the Cistercians and by the half of the following century the new order modified the buildings to adapt them to the rules of their liturgy. For exemple, the inside of the church is paved once again and the space is divided in choir of the monks, choir of the invalids and choir of the lay brothers.
By the end of the first decades of the 15th century, San Michele's monks abandoned their home to permanently trasfer to the San Ermete in Orticaia monastery, near the city of Pisa.
The complex is once again occupied at the beginning of the 15th century by the Pisan troups firstly and secondly by the Florentine ones: they took up San Michele during the wars for Pisa's control.
At the end of the 15th century, the monastery is seriously destroyed and for the following centuries its ruins were used by the charcoal burners and the woodcutters as a temporary shelter. The final collapse of the church happened in the first decades of the 19th century.

THE SEQUENCE OF SETTLEMENT AND THE HISTORY OF THE MONASTERY
S. Michele alla Verruca's monastery has been under archeological studies from 1996 to 2003. The annual champains allowed to rinconstruct the sequence of settlement and, as time passed by, it has been clear how high was the quality of the outpost, at least at some points of its history.

The main phases are:

1) the premonastic phase, that is the one that can be related to the existence of a chapel that had the same name (9th century).
The first phase, which corresponds to the premonastic settlement, has no archeological investigation. As it is known, the written sources testify that there was a chapel (that has the same name and the same location that the monastery is going to have), that is going to be contended by both the bishop of Lucca and the Aldobrandeschi's family. By the way, there is no evidence of this settlement, leaving even more uncertainty of its presence and interpretation.

2) the Benedictine phase, that we have to date back to the end of the 10th century.
The phase that corresponds to the life of the Benedictine monastery is marked by two principal moments of contruction. The first one, which goes from the end of the 10th century to the end of the 11th, is represented by a few yet unquestionable traces of contruction that can be found in the area of the church but also in the spaces that were used by everybody. The second one, that can be located in the first half of the 12th century, is a proper restoration that designs the new look of the coenobium.

4) the Florentine phase , or to be more precise, the moment in which the Florentine troups occupied the monastery during the assoult to the Verruca's fortress at the end of the 15th century. This site has been gradually abandoned by the end of the 15th century, but the process doesn't seem linear. It can be stated that some of the rooms were already collapsed due to some of the materials that have been found nearby the area. The church seemed to be the better preserved building when the troups started to use those spaces as their encampment.

5) the final abandonment and the temporary reuse of the ruins, documented by the descriptions of some travellers (like the Targioni Tozzetti's one) and also thanks to a serie of drawings that visually copied the decline and the collapse of the monument.
This sequence is documented only by the archeological patency. From this moment on, this area became a support for those communities that were connected to the forest's economy. The ruins of the monastery has become the scenery for writers, illustrators and landscape painters that want to portray the antiquities of Monte Pisano.