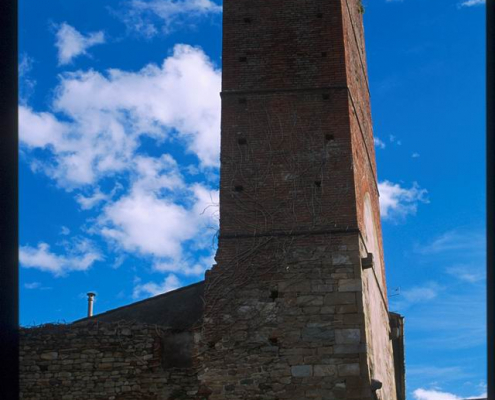 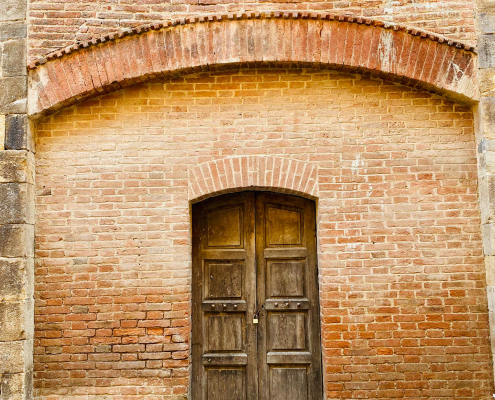 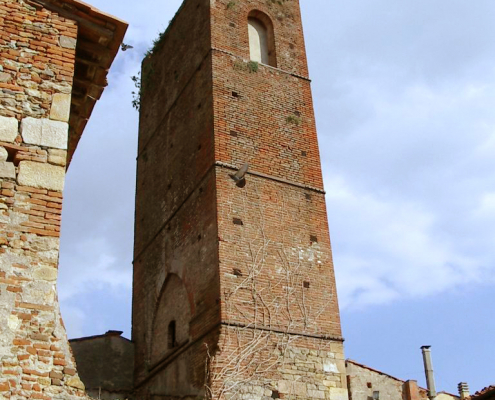 Torre Malanima is built in “verrucano” stones and terracotta bricks, which indicate two different building phases, or better a 13th century elevation built on top of a more ancient tower. The building is featured by a façade enriched with numerous flat arches and with a depressed arch made of decorated bricks, that joins the two side “verrucano” pillars.

Above this arch, a brickwork rises, which is interrupted by two big windows surmounted by a brick arch.

The tower is 16 metres high and dates back to the .in the “verrucano” lower part, and to the 13th century in the brick elevation. Its base dimensions are 6 x 4 metres.

Its name derives from a Pisan family who had properties in Vicopisano.