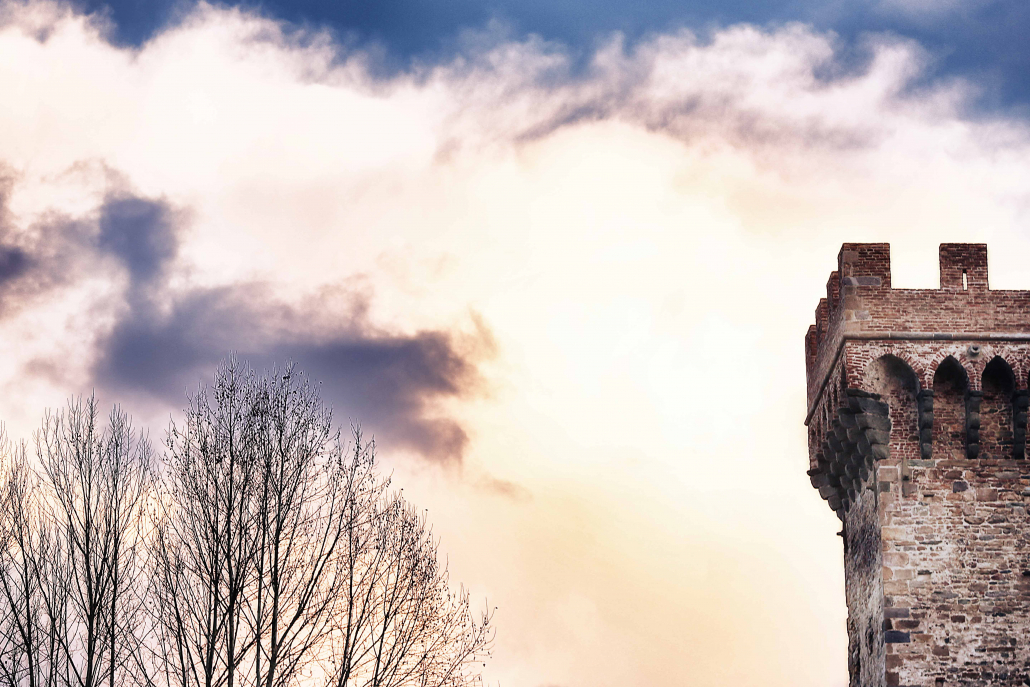 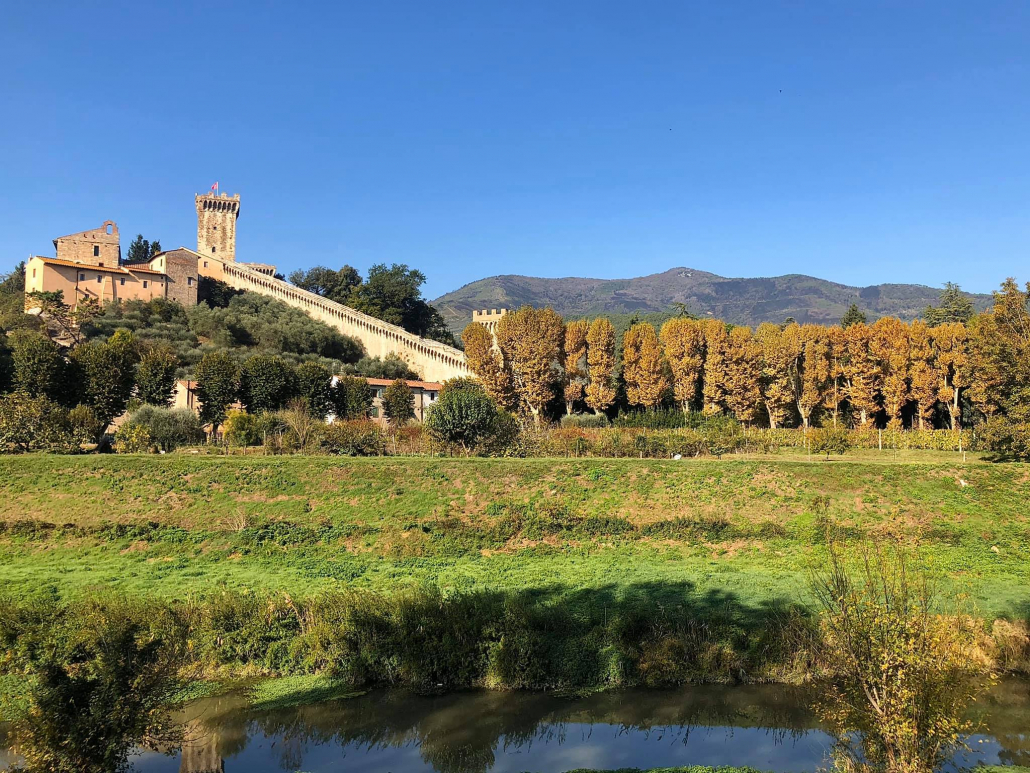 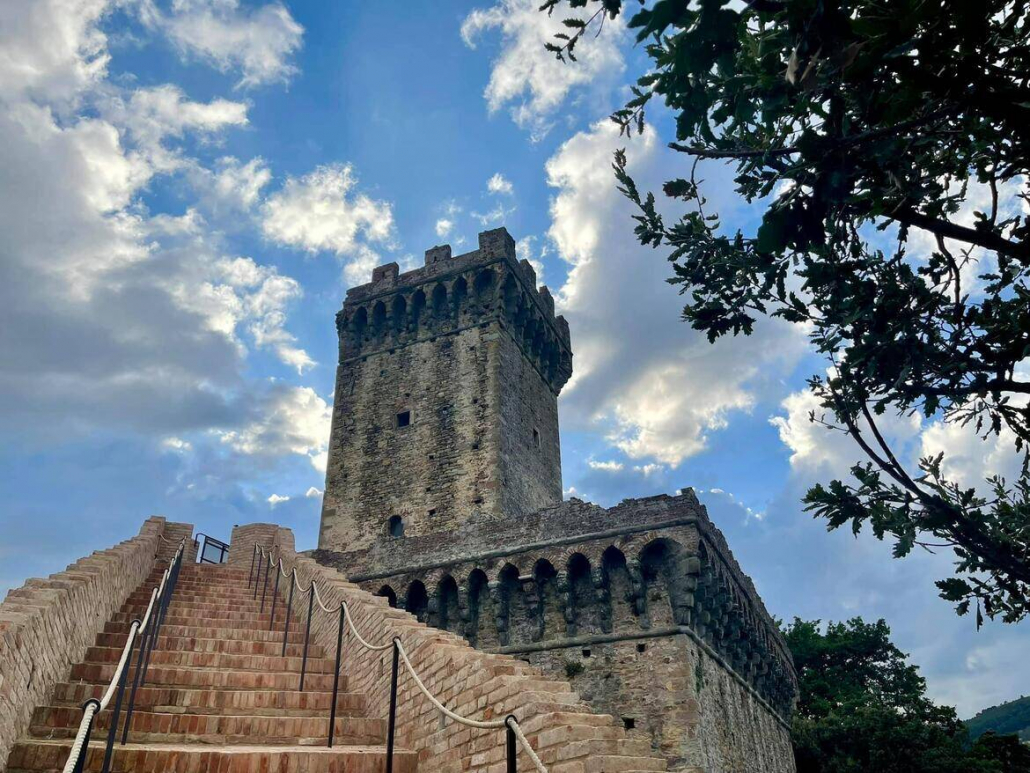 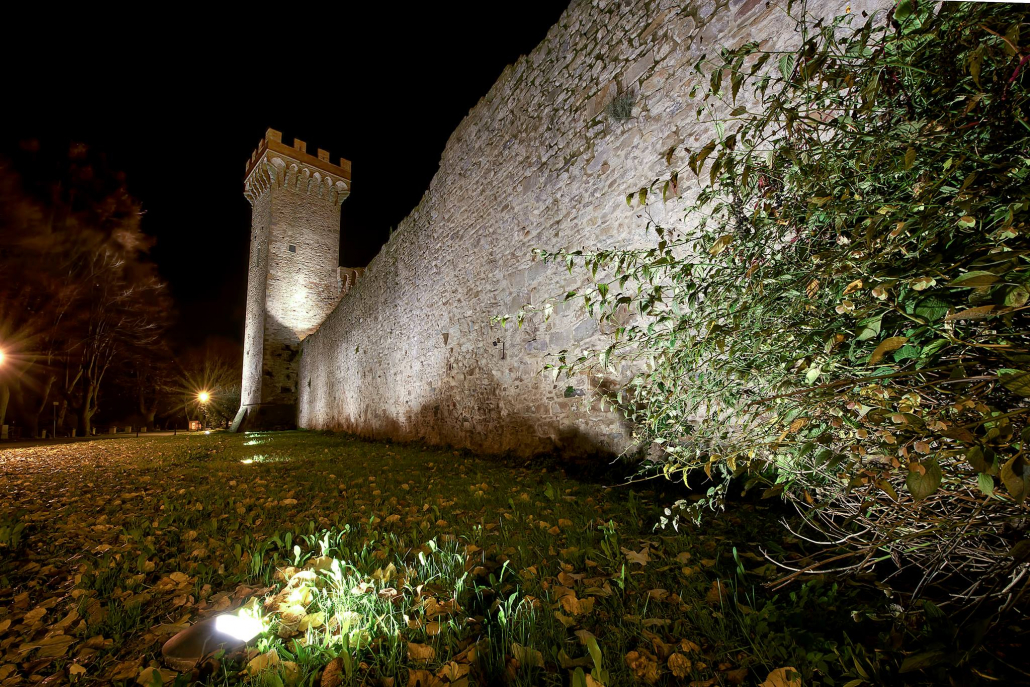 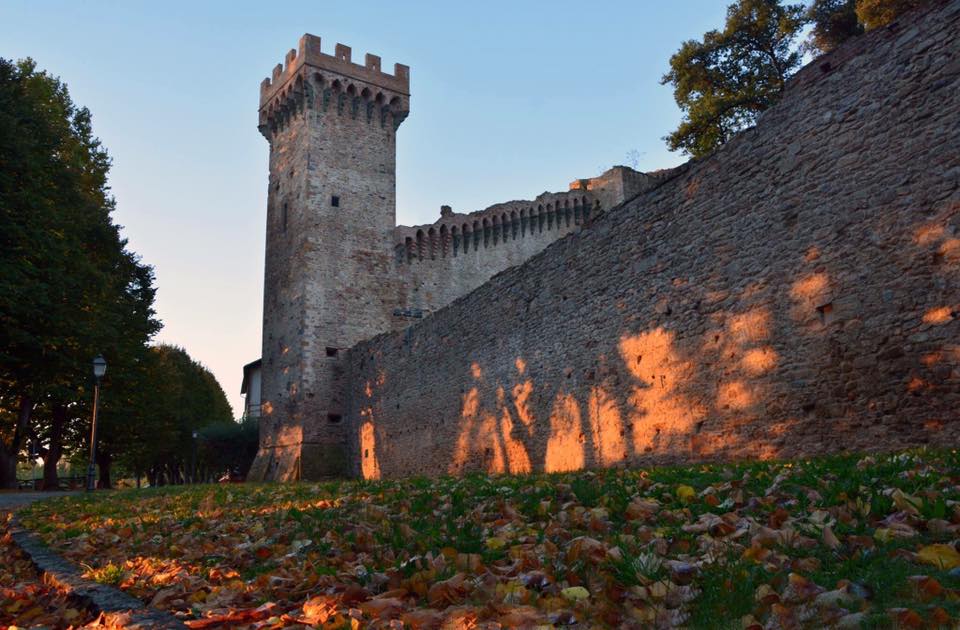 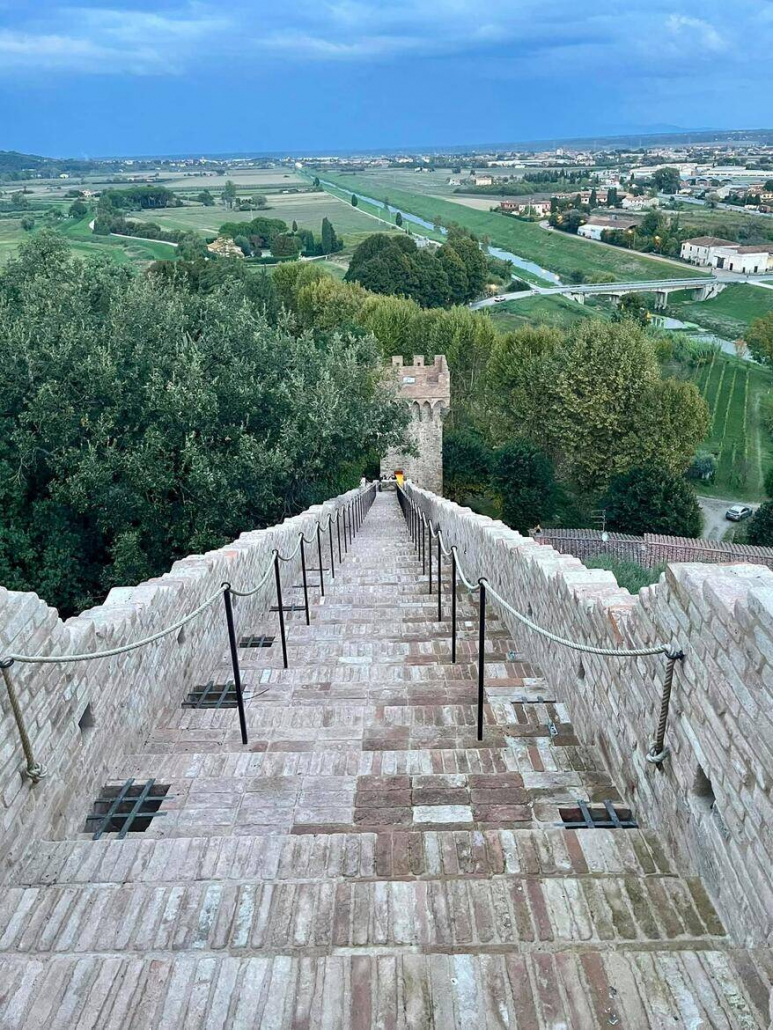 The Torre del Soccorso (Defence Tower) is an integral part of the fortifications designed by Brunelleschi and can therefore be be considered part of a complex and not as a single unit. Its proximity to the harbour on Arno River- which lapped against the castle walls before it was diverted in the 16th century - sees its main functionis clearly indicated by its name: it was the tower that assured the control of the massive wall that was an access to the Fortress; this massive wall had been designed as a preferential entrance to the Fortress in case of rebellion of the Castle of Vico.
From the lower part of the tower - provided with an access portal facing the outside and communicating with a little cove that can be reached from the Arno river - it is possible to go inside and up the tower, entering the massive wall and arriving at the Rocca. That way, the “Torre del Soccorso” allowed the soldiers to barricade inside of the Fortress to be safely provisioned with food, also in case of riots or sieges.
Two tracts of the Castle wall joined onto the tower: on the North side they are still preserved, while on the South side only some traces of the toothing are still visible.
This place is indeed one of the most characteristic in Vico; in the past, it was one of the access points of the Castle because there was a gate that has been demolished at the end of 1700.

Since September 2021 you can enjoy a unique experience: visit the tower and walk along its entire walkway up to the keep of the Rocca!

This is possible thanks to an impressive conservative restoration work carried out by the Municipality of Vicopisano with the contribution of the Region of Tuscany and the Mibact. 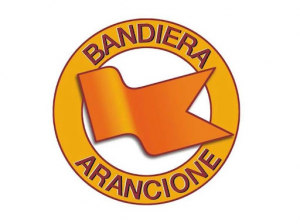