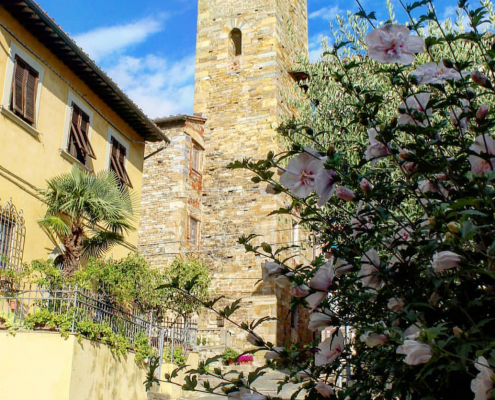 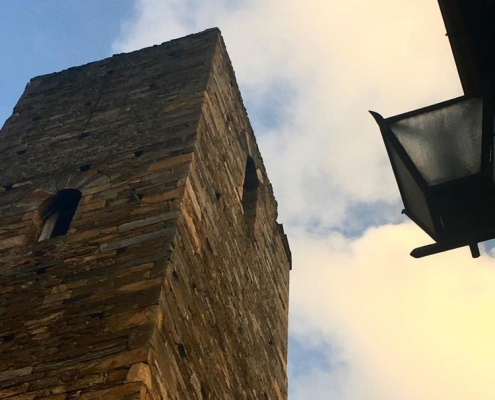 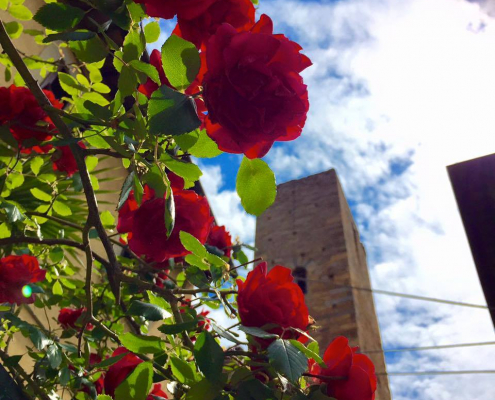 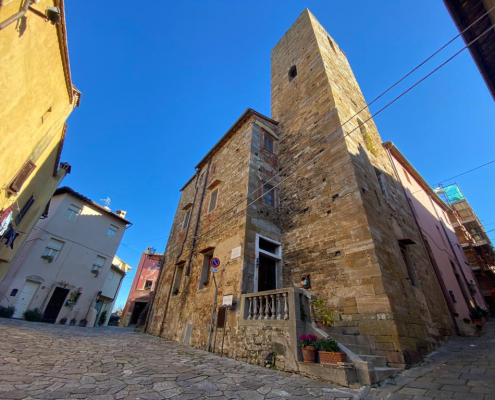 The Torre dei Seretti (Seretti was the name of a family) is a beautiful example of 12th century civil tower entirely built in squared ashlars of "verrucano" and .It has still got three big pointed arch windows, that allowed to access the external wooden balconies, of which only the big holes of the housings are still preserved. On the north side of the tower, an interesting conglomeration of medieval dwellings made in “verrucano” stone is still present.

The tower is situated along the street that also in Middle Age lead to the top of the hill; this was one of the most important streets of the Castle, beginning in the nearby Porta di Mercato (market gate). At the foot of the tower, there is a very suggestive small square surrounded by buildings showing several traces of medieval techniques (timpanums, brick arches, “verrucano” ashlars).