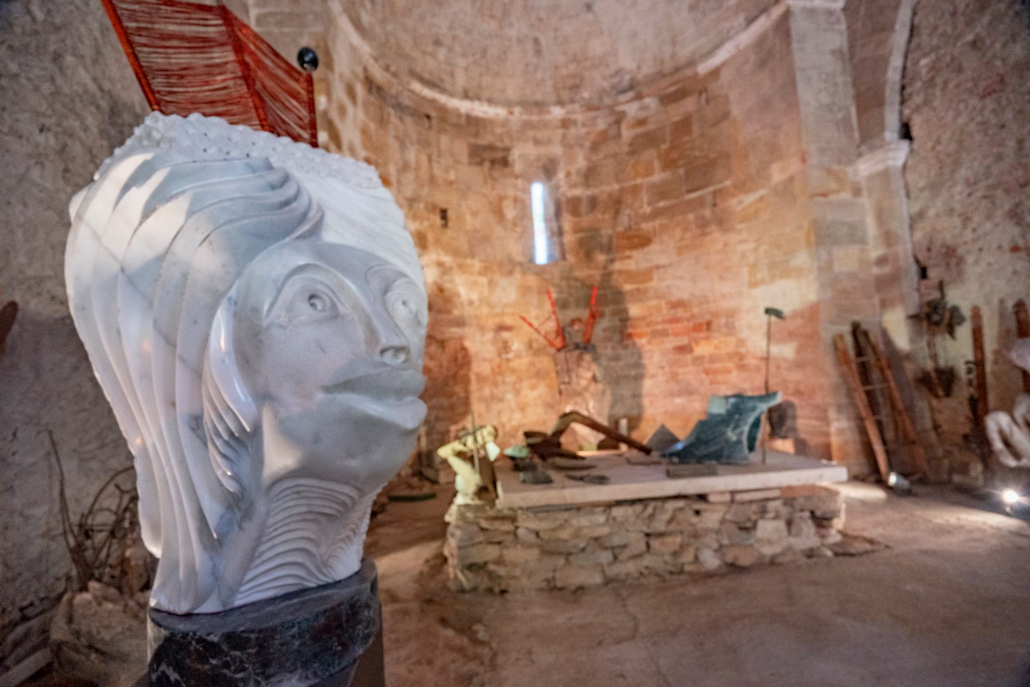 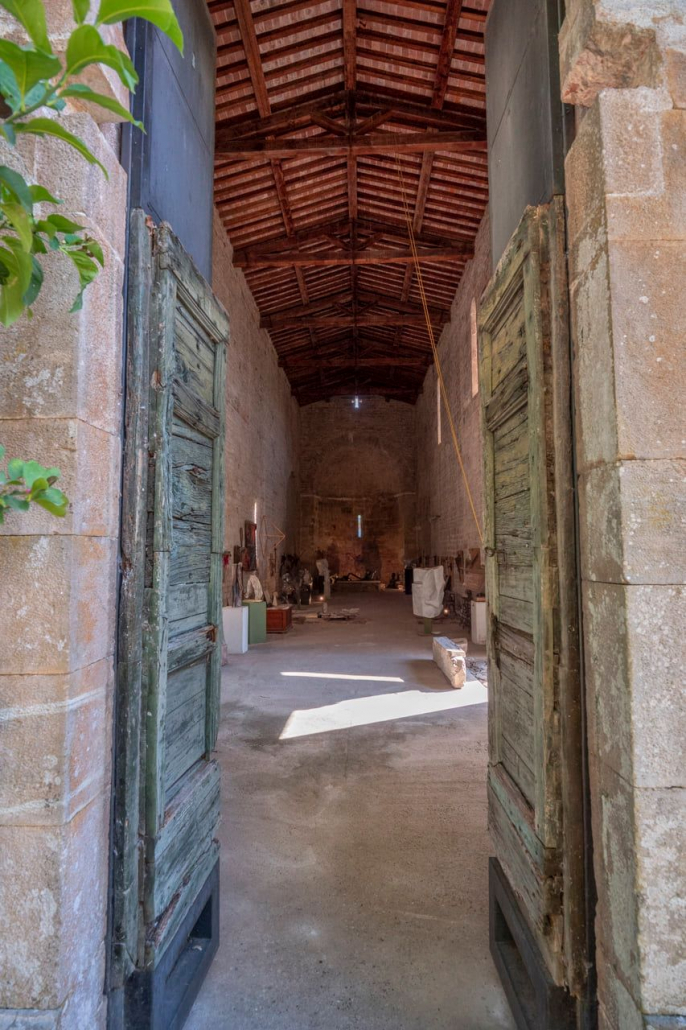 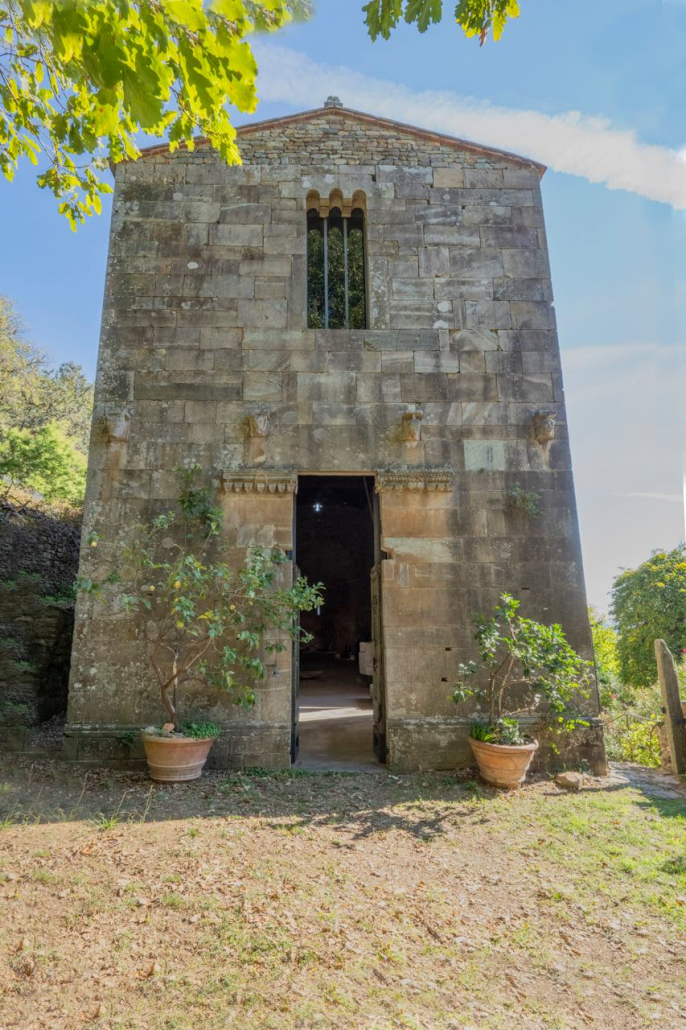 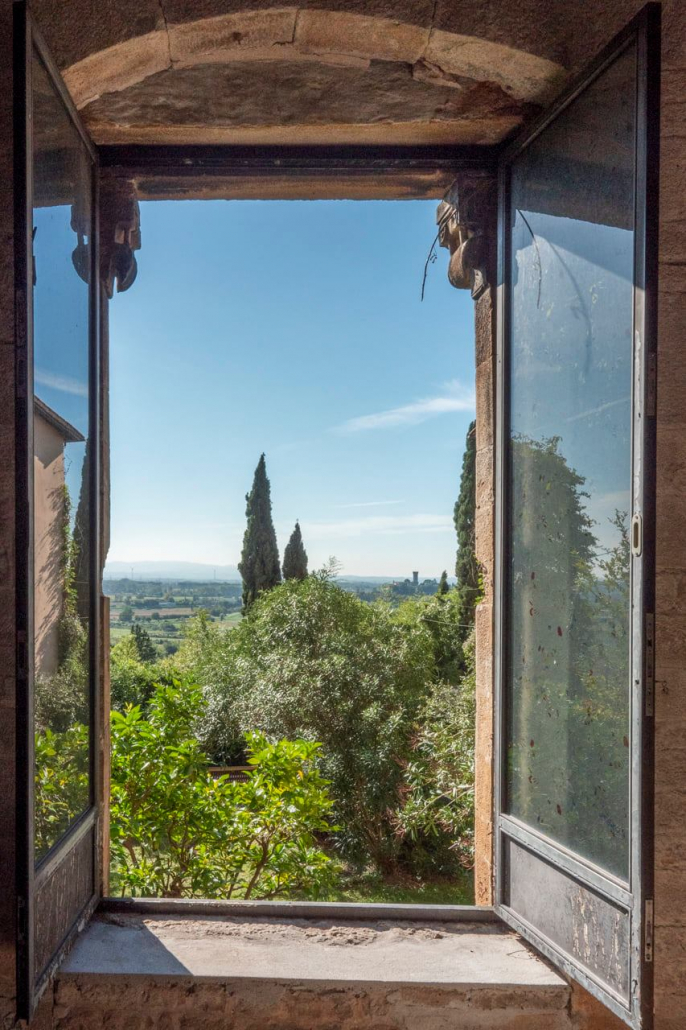 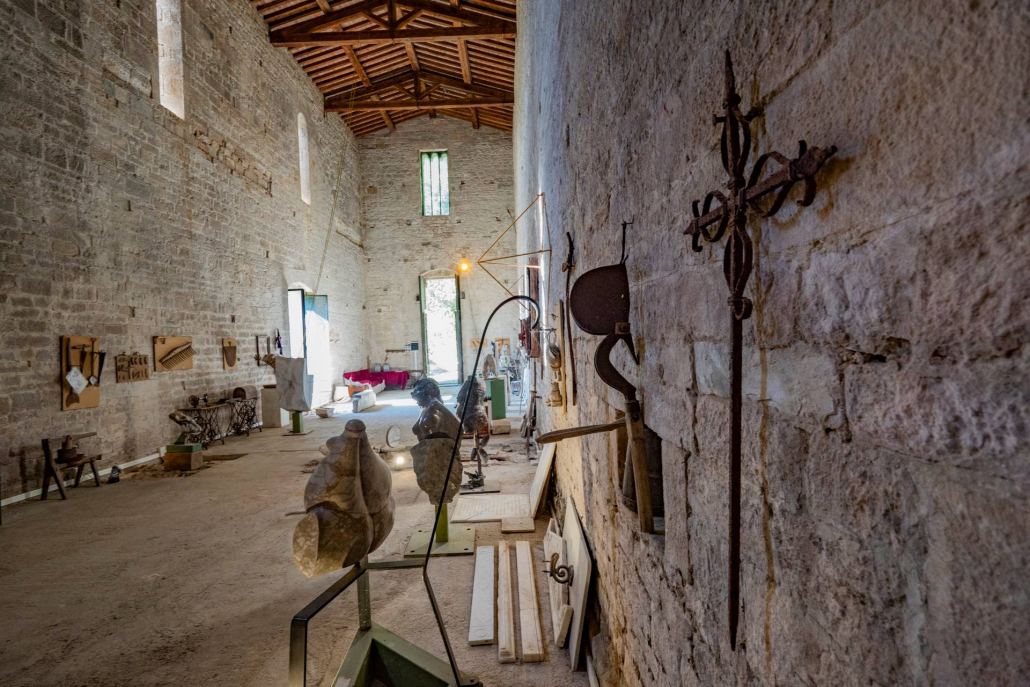 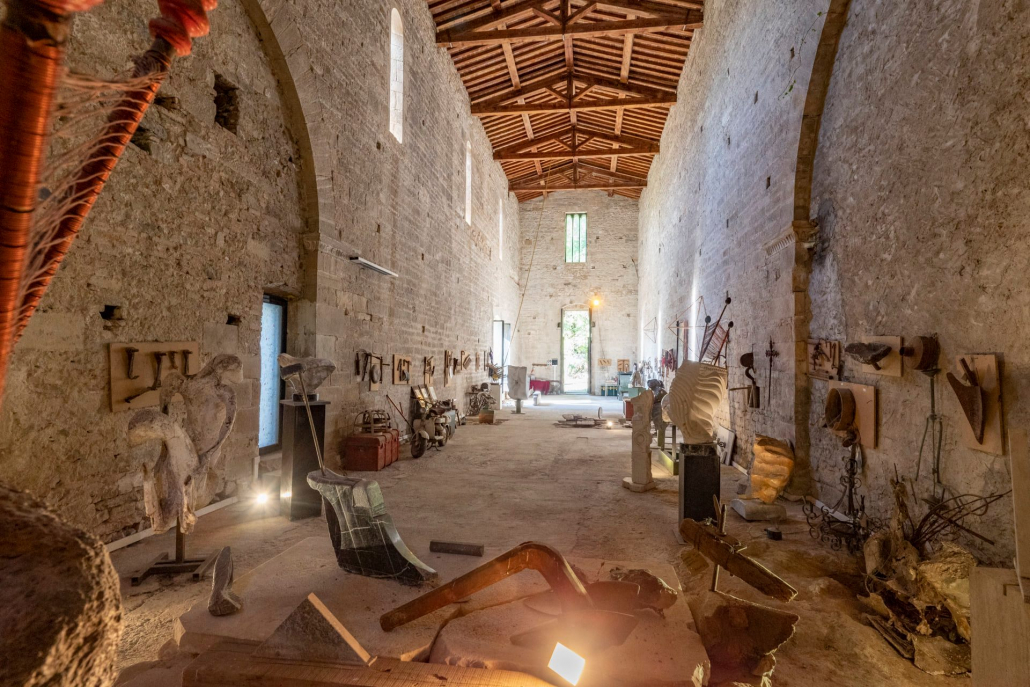 Sant’Andrea in Nocciola is a monastic church built between the 10th and 11th centuries and it was described in the 12th century as a women monastery, with an abbess, ten nuns and four servants.
Today, the building is private property and the church is de-consecrated. The church has an apsidal Latin cross plan.

The façade is hut-shaped with a tall, narrow door, concluded by a massive architrave resting on two richly sculpted abacuses in relief. Above it, four corbels are inserted into the verrucano ashlar masonry, reproducing a bull's head, a ram's head, a lion's head and a man's head. A three-mullioned window opens at the top, without the small columns. Both the southern side and the apse have sculpted decorative elements.

The sculpted reliefs are compared with the ones of Ripoli's church and with the church of S. Maria di Mirteto, which would indicate that it was built at the end of the 10th century, or beginning of the 11th .
The interior is completely bare now but before the restorations in the 1970s, it had a fresco by Annibale Marianini, currently kept in the Soprintendenza's storerooms.