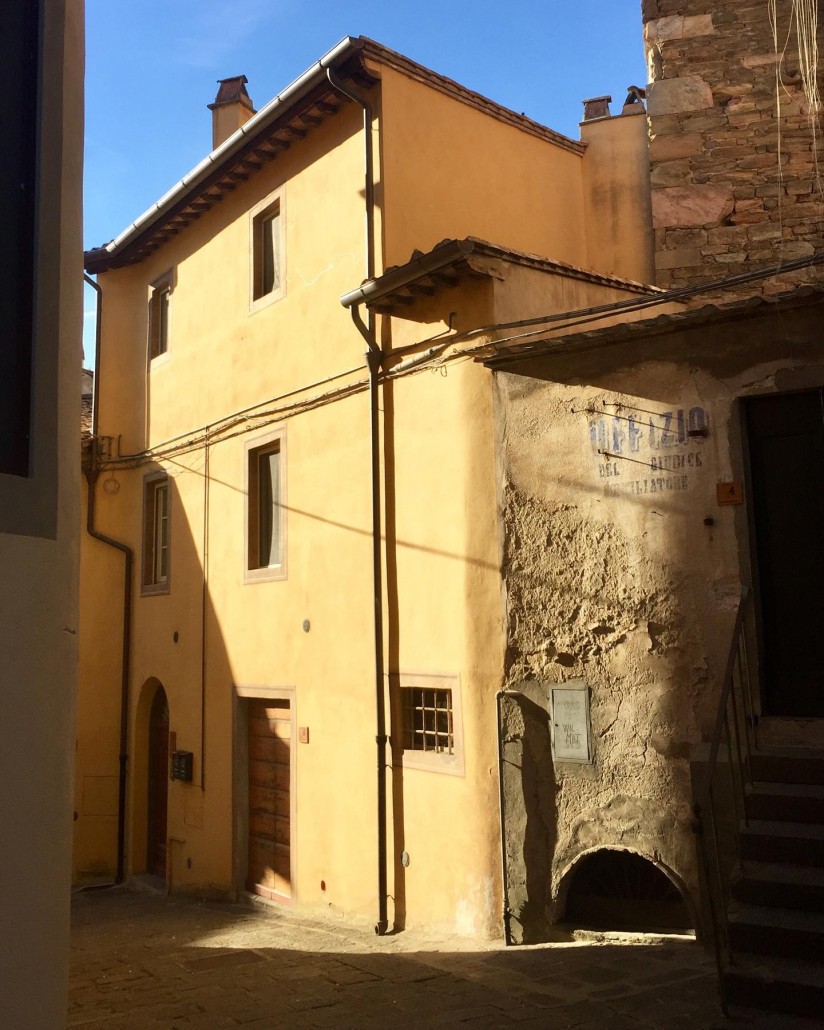 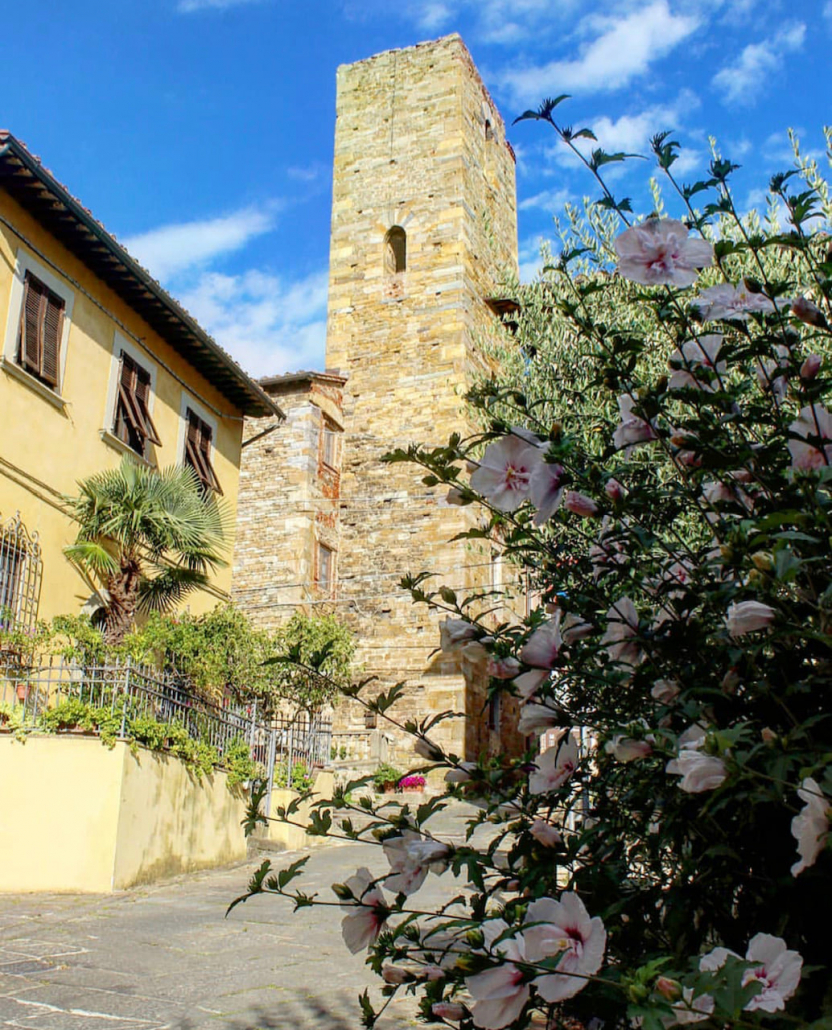 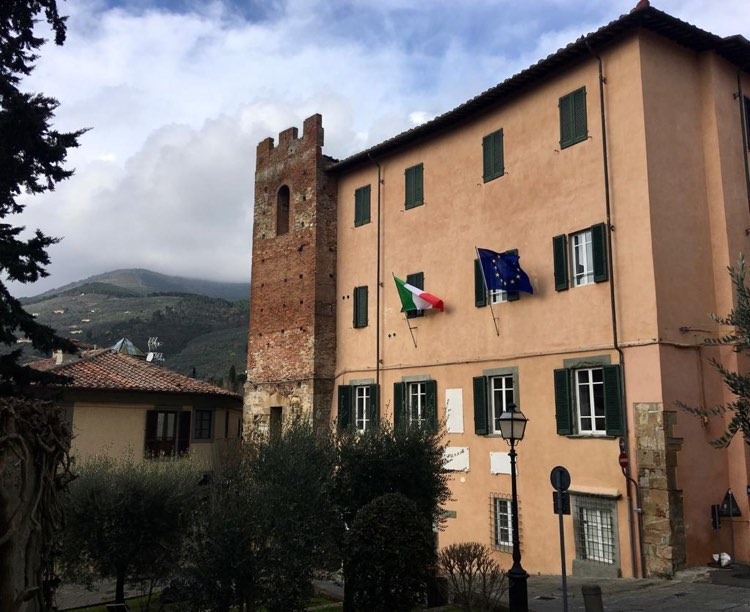 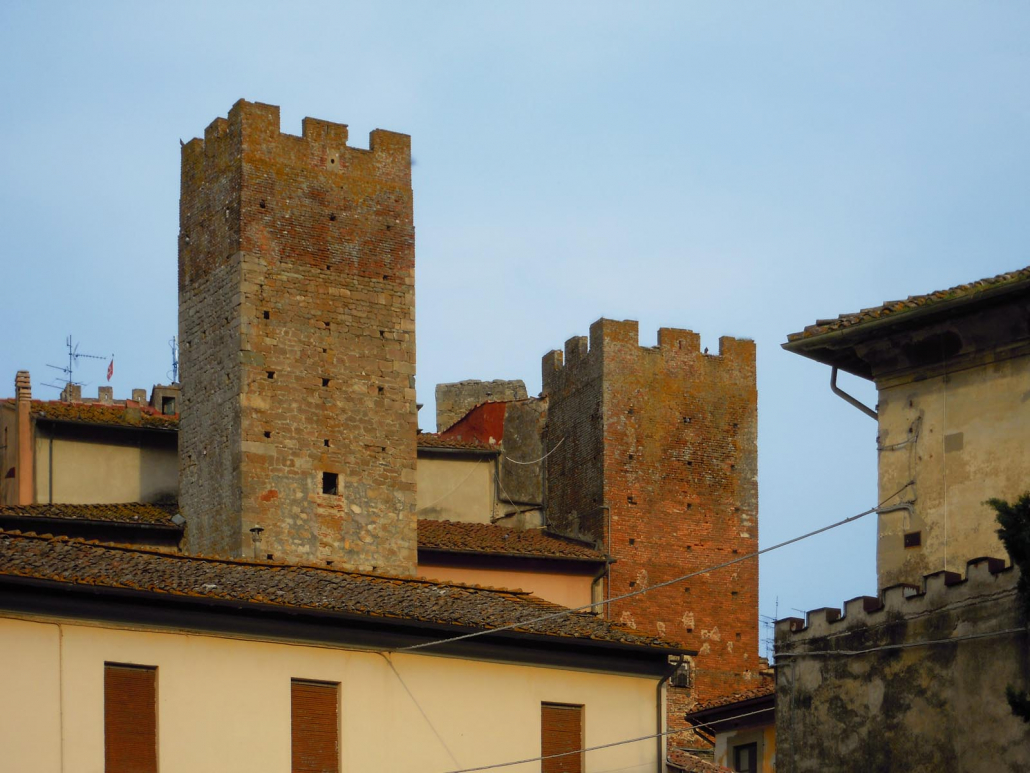 The Torri Gemelle (the Twin Towers), as the name suggests, show the same building features.

Though partly hidden by the Town Hall (especially the western one), they are really interesting to see. First of all, as the Torre Malanima , they were built with different techniques: the "verrucano" ashlars and terracotta bricks. This clearly demonstrates that both underwent changes and elevations, probably due to the fact that they were located along the wall enclosure and therefore suffered damages resulting from the numerous sieges.
Furthermore, the two towers, which can be dated back to the beginning of 1300, were an integral part of the medieval Rocca (fortress) , which is not to be confused with the later “Rocca of Brunelleschi”. When Vicopisano fell under the rule of Florence (1406), the fortress existing at the time was dismantled and replaced with the one planned by Filippo Brunelleschi. Luckily, the two towers were not demolished; even when the area of the Old Rocca became a private property in 1500, the two towers were spared. In 1600, the use of the area went once again from private to public, as it became the seat of the Vicarial Chancery. Let’s now examine in detail the building characteristics of the two towers.

This tower - which was mentioned in documents since 1330 - shows two building phases: the first one (11th-12th century) - featured by “verrucano” stone ashlars of considerable dimensions – is about 8 metres high and it is connected with the remains of the market gate, "Porta del Mercato", that was in the wall enclosure till the 17th century. In this section of the tower, we can still see the small upper-level door called "portalino" , that clearly indicates the original military function of the tower. The second building section (14th century), made in “Senese” bricks, is about 20 meters high and battlemented on three sides. This second building phase is probably to be attributed to the works made in 1330 during the construction of the Old Rocca. Its base dimensions are 5x5.5 meters.

It has the same structural and chronological characteristics as the “Eastern” tower. The only difference is that the older part made in “verrucano” stone is considerably high (19 metres), indicating that it reported less damages than the other tower. The remaining top 5 meters are constructed with bricks with the “Senese” technique. This tower is also battlemented on the sides facing the outside of the Castle. Its base dimensions are 5x5 meters.