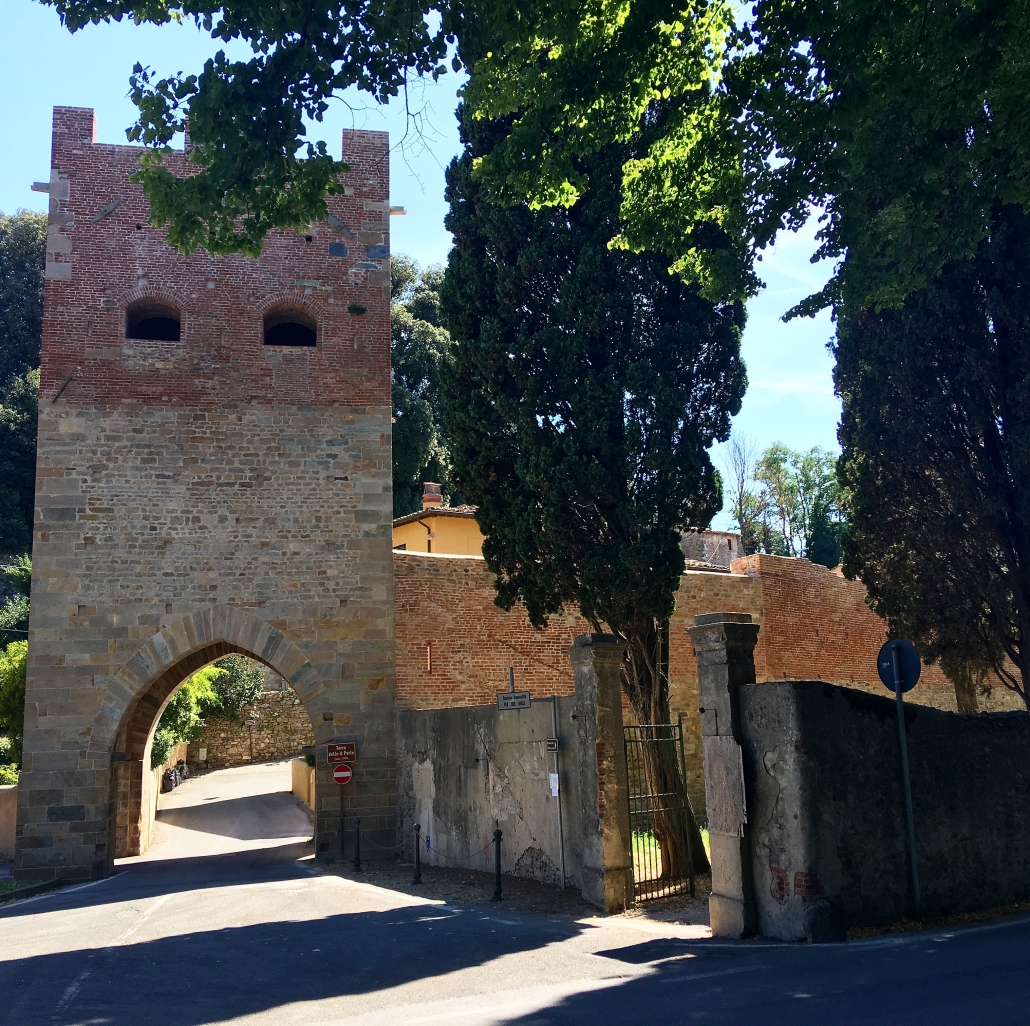 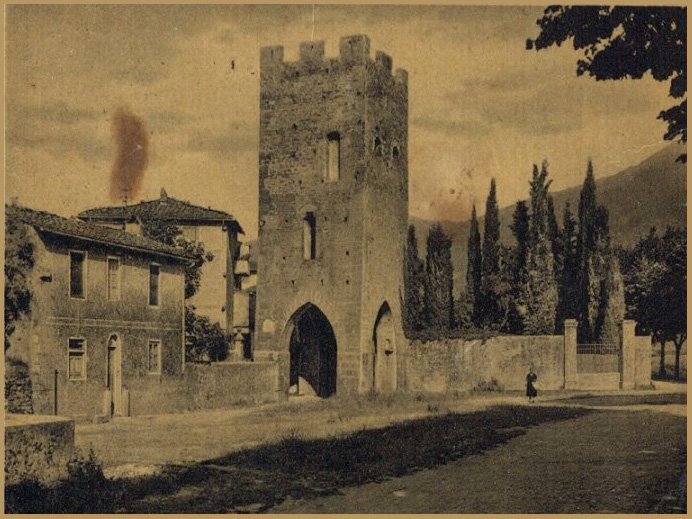 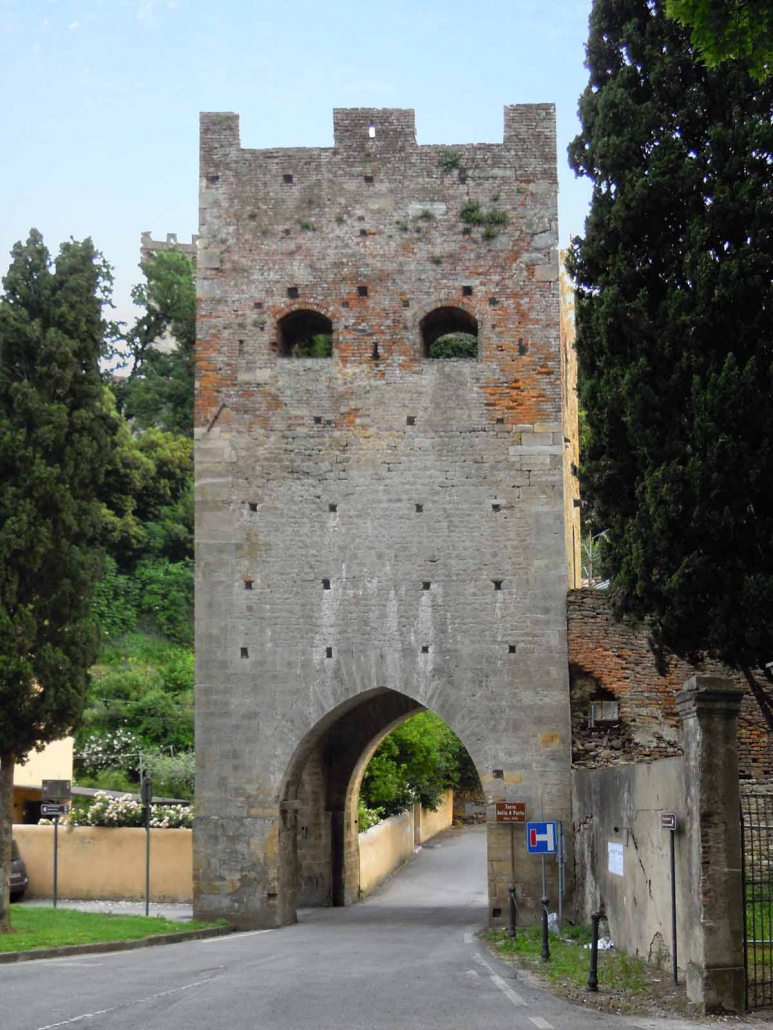 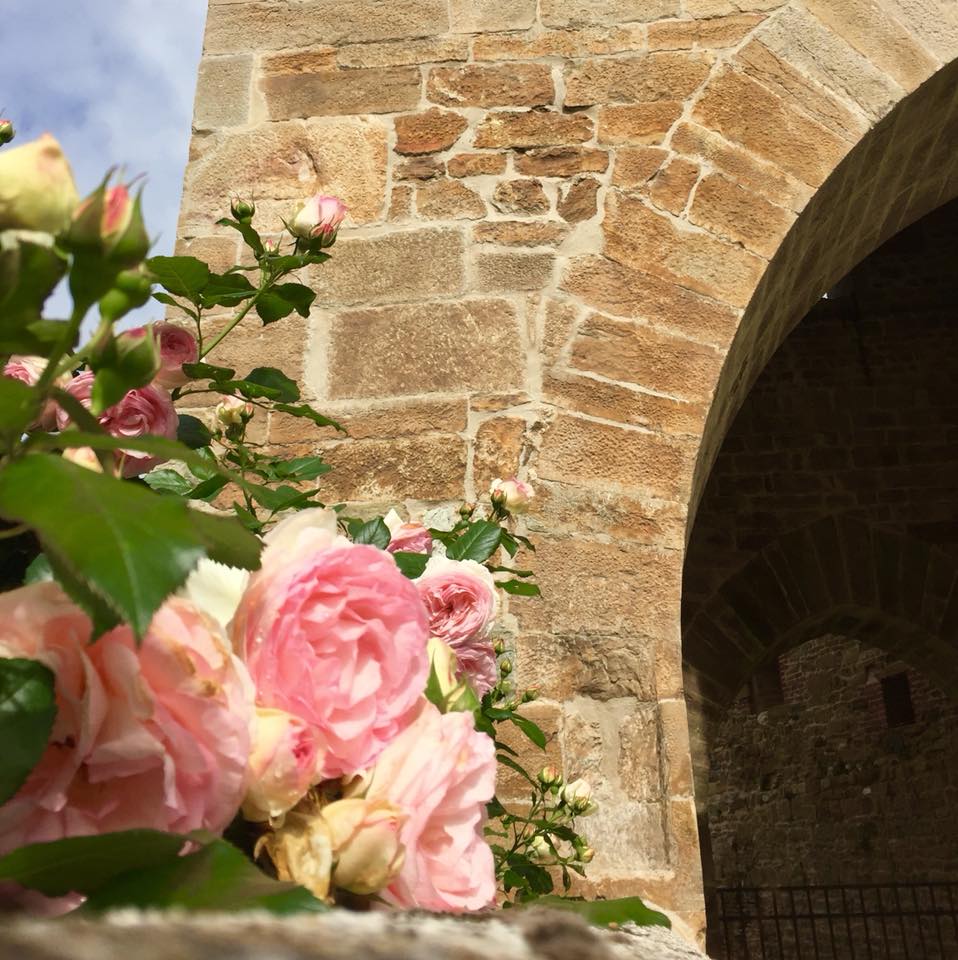 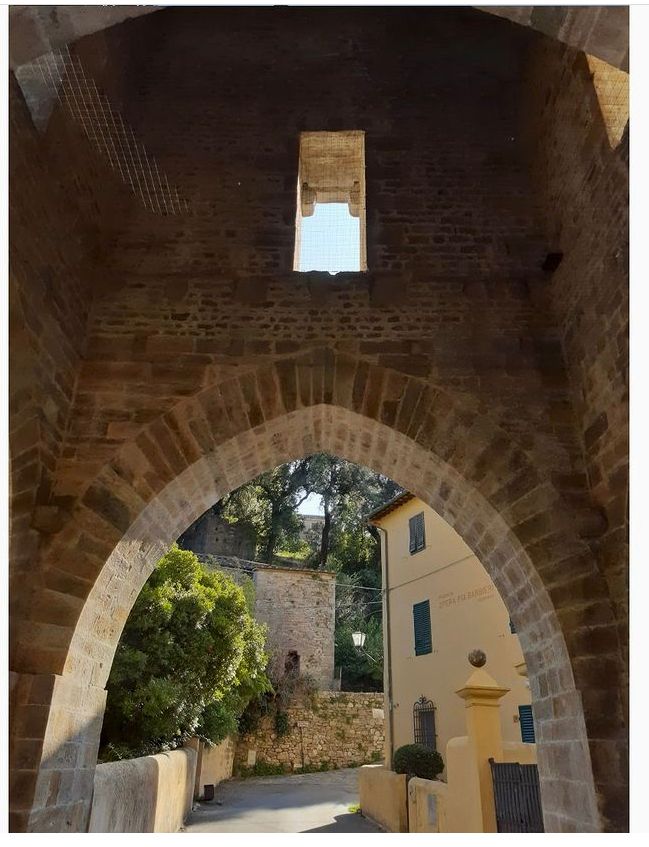 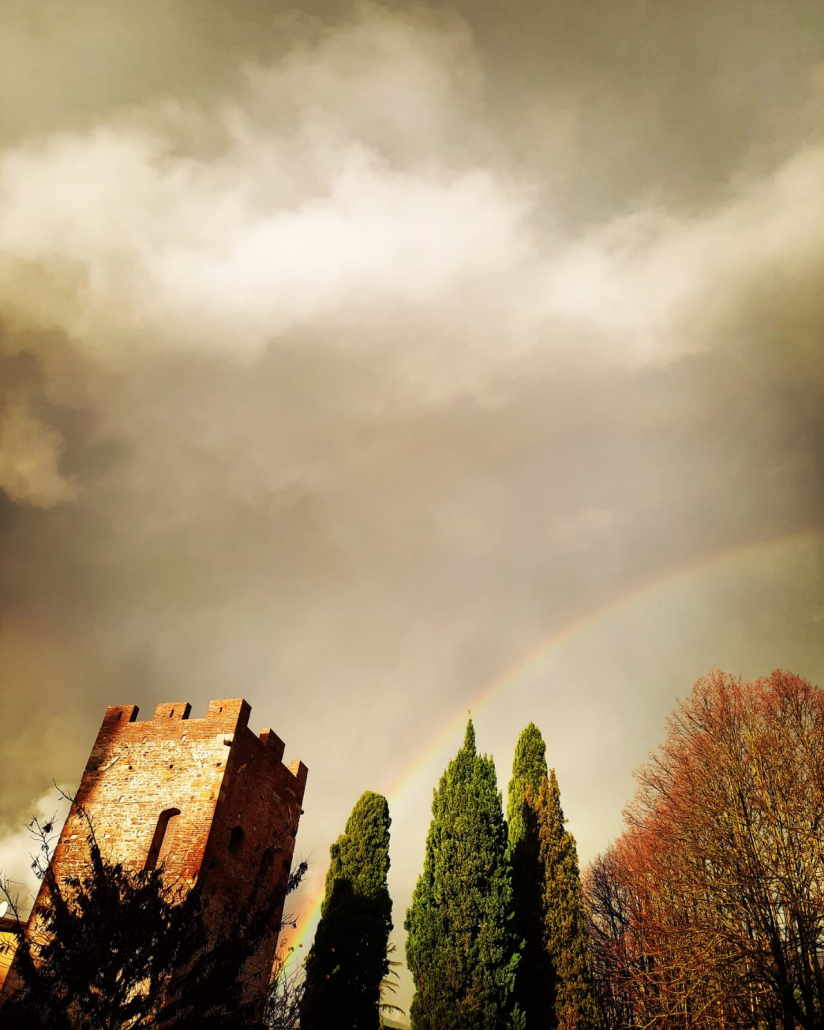 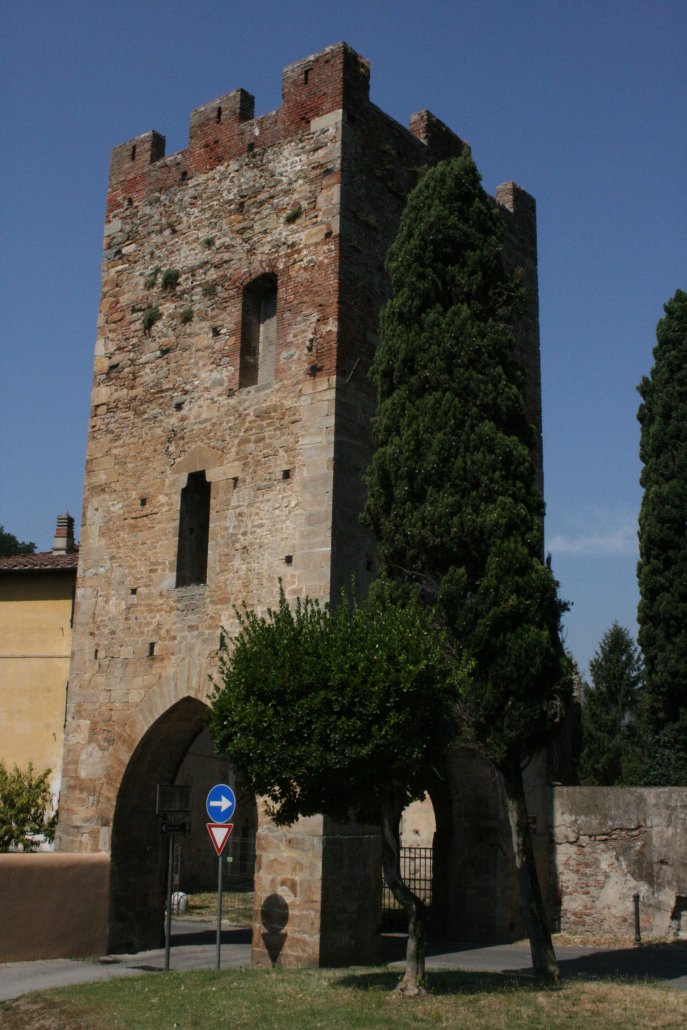 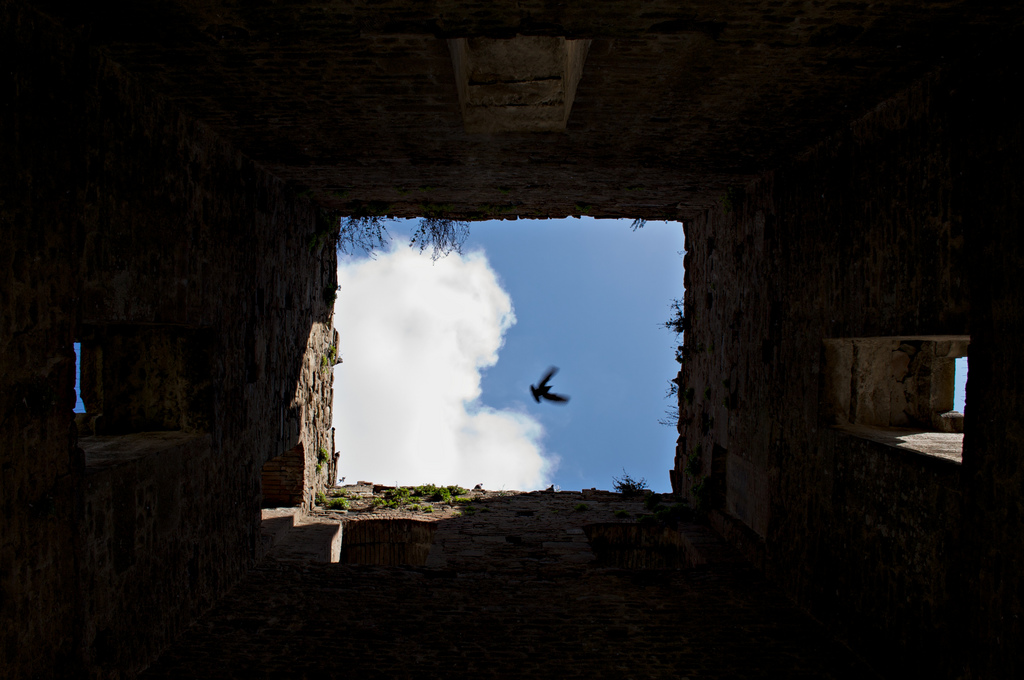 The Torre delle Quattro Porte (Four Gates Tower)- as this tower is popularly called – even if it would be more correct to call it Torre di Reale (probably deriving from the late-Latin word “rivalis”, coming from the Latin word “rivus”, that is river) is one of the most unusual examples of medieval tower building in Vicopisano.
It is 15 m. high and 6.4 x 6.4 m. wide at the base; its main feature consists in being a watchtower and an entrance gate to the Castle (the only one still existing) at the same time: on each of the four sides of the tower, a pointed arch gate opens up. In ancient times, it gave access to the inside of the castle walls and allowed to walk along the walls.
On the northen gate, there are two big stone hinges - that are still well preserved - that allowed the opening of the massive castle doors in the Middle Ages. Due to the fact that it was an entrance gate and thus one of the main targets for the attacks, it shows 4 distinctive building phases, also highlighted by the use of different materials: “verrucano” stone and terracotta bricks. These building phases date from the end of the 12th century, to the 15th century, after being conquered by Florence. In 1939 the tower embattlement was restored.

A scarcely known detail is that the tower risked to be destroyed at the end of 1700, while the northen side walls were demolished. In fact, it was going to be sold by the municipality to a private person, who had the intention to destroy it. Fortunately, they decided to lease it out, binding the lease to the obligation of preserving the four doors.