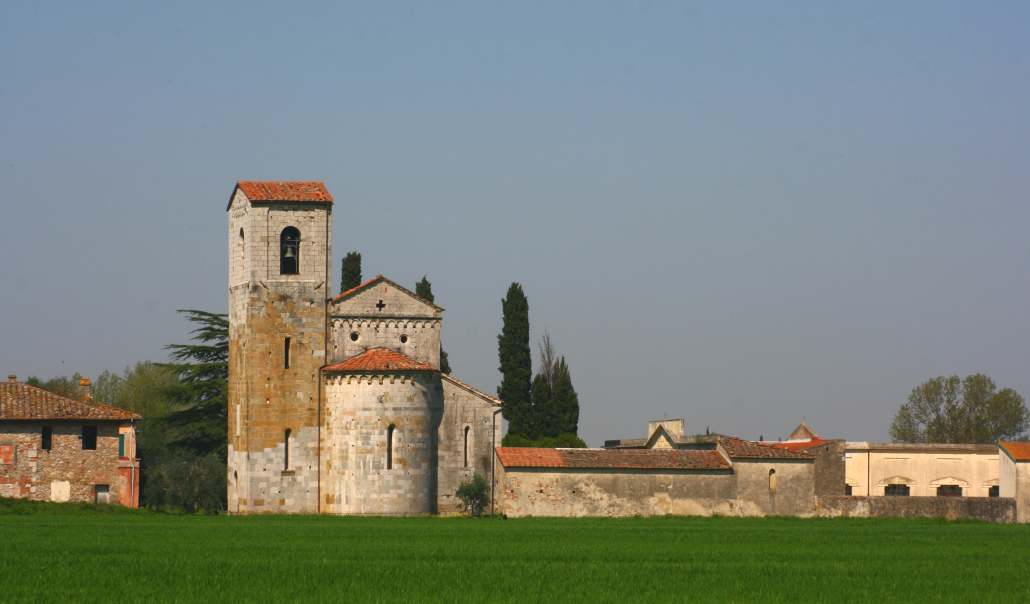 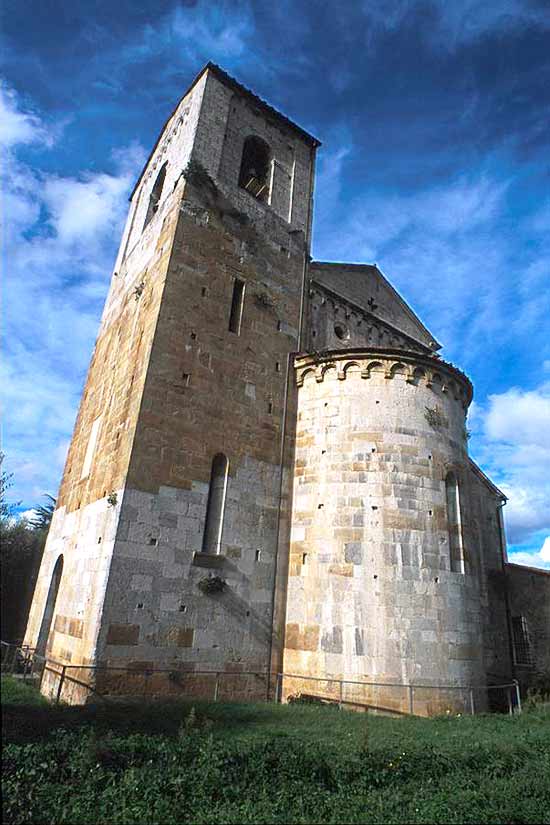 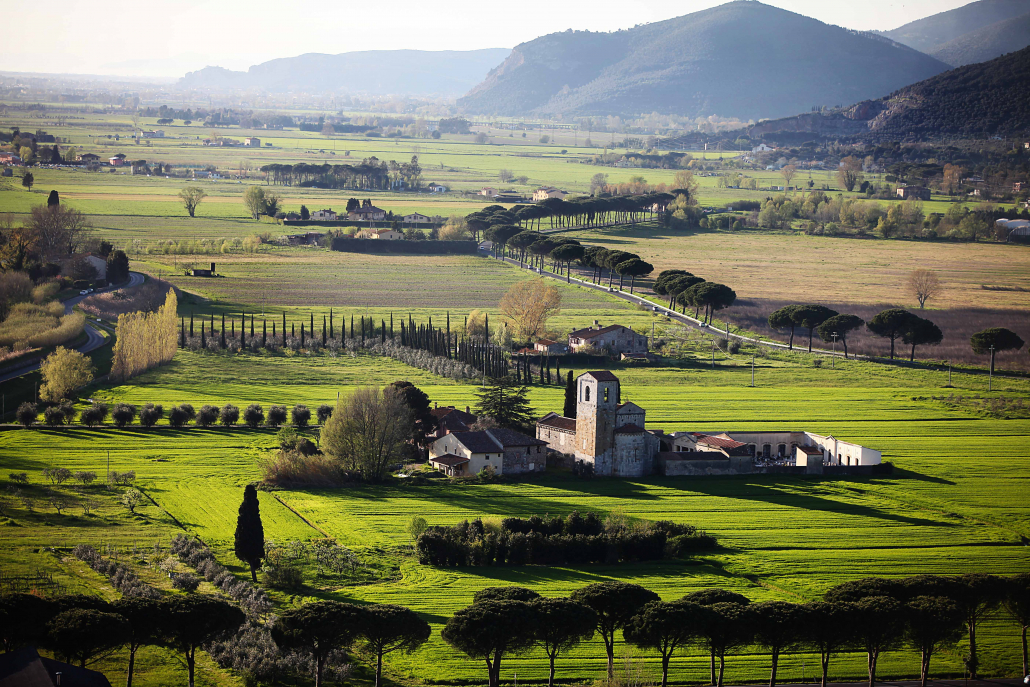 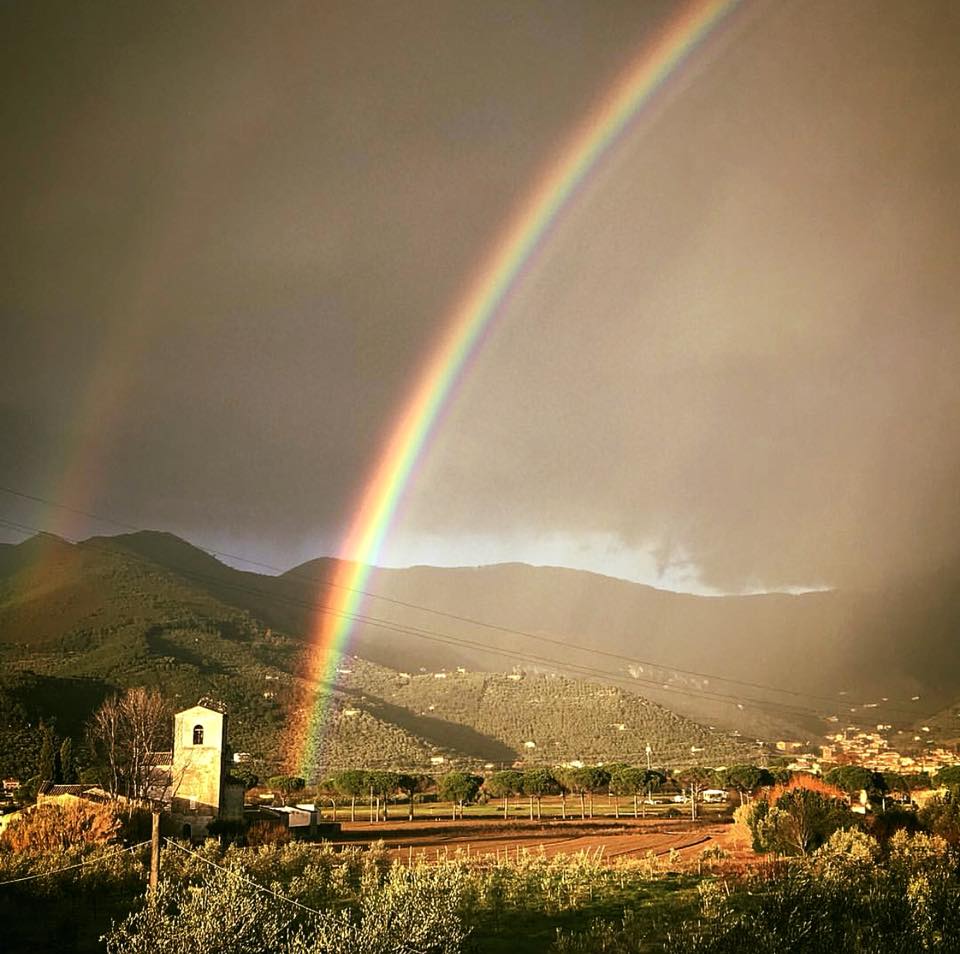 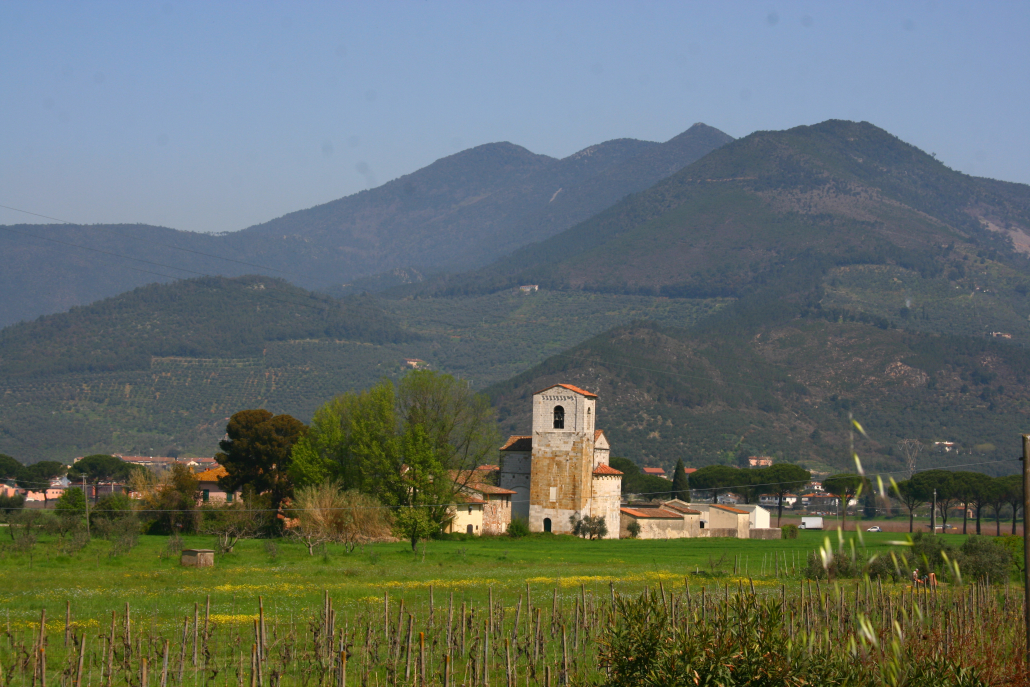 In a slightly peripheral position, in the immediate countryside surrounding the village of Caprona, is the pieve of Santa Giulia. Recorded with certainty since 1096, the architectural structures testify to the fact that the church was, however, built around the 9th-10th century, albeit on a smaller scale than today.

Around the 12th century, the church was enlarged, including the erection of the left aisle (later destroyed in the 16th century and used as a cemetery), with the intention - soon abandoned - of transforming it into a temple with three naves, but the right aisle was never built.
Damaged by the Florentines in 1433, the church was abandoned and restored in 1597, when the left aisle was used as a cemetery. It was subsequently renovated several times by the Bracci Cambini family, who held patronage there, as shown by the coat of arms on the façade (removed during restoration).

The church was then radically restored in the 1970s, restoring its medieval appearance. On that occasion, traces of an older church were found, the remains of which (apse and altar) are visible under the current high altar.

The Exterior & The Interior

The exterior is made of sandstone (white) and verrucano (yellowish), with a gabled façade. Along the walls it has theories of small arches supported by corbels decorated with animal and plant motifs. On the right is the mighty bell tower campanile, the lower part of which dates back to the 12th century.

The interior, in the form of a Latin cross with an apsidal nave, preserves along the left wall a pluggable archway pertaining to the ancient nave, with pictorial decorations probably dating back to the 19th century.

There is also a large octagonal stone baptismal font from the 12th century. The left arm of the transept contains an organ made by Domenico Cacioli from Lucca in 1738 and an 18th-century tabernacle.
The modern high altar has an Eucharistic table dated 1152. The capitals on the columns date from the 10th to 13th century. On the right wall is the 19th-century marble bust of the parish priest Morosi.

Find out more about Vicopisano