The fortress of Verruca 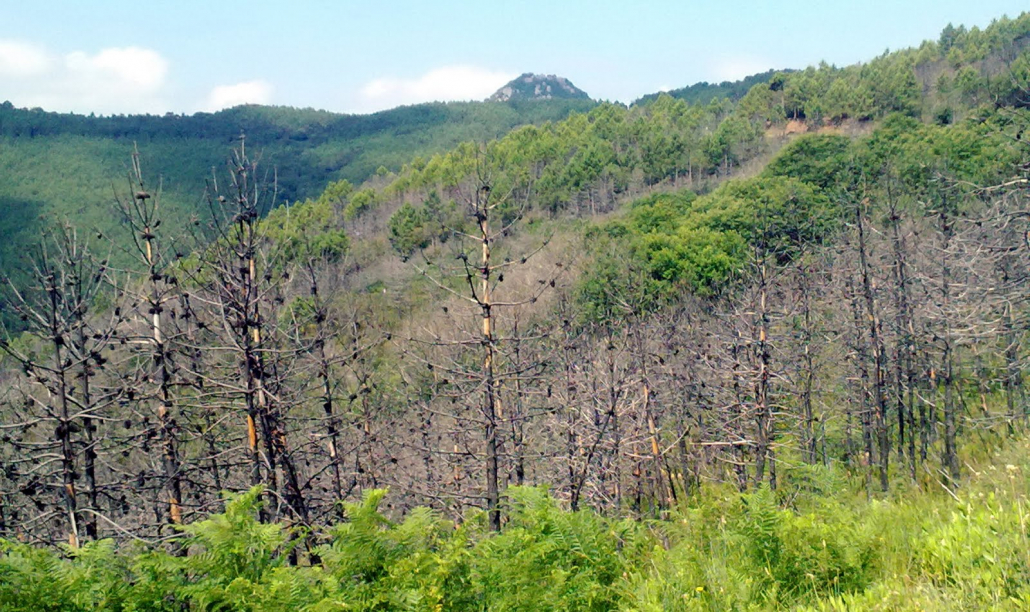 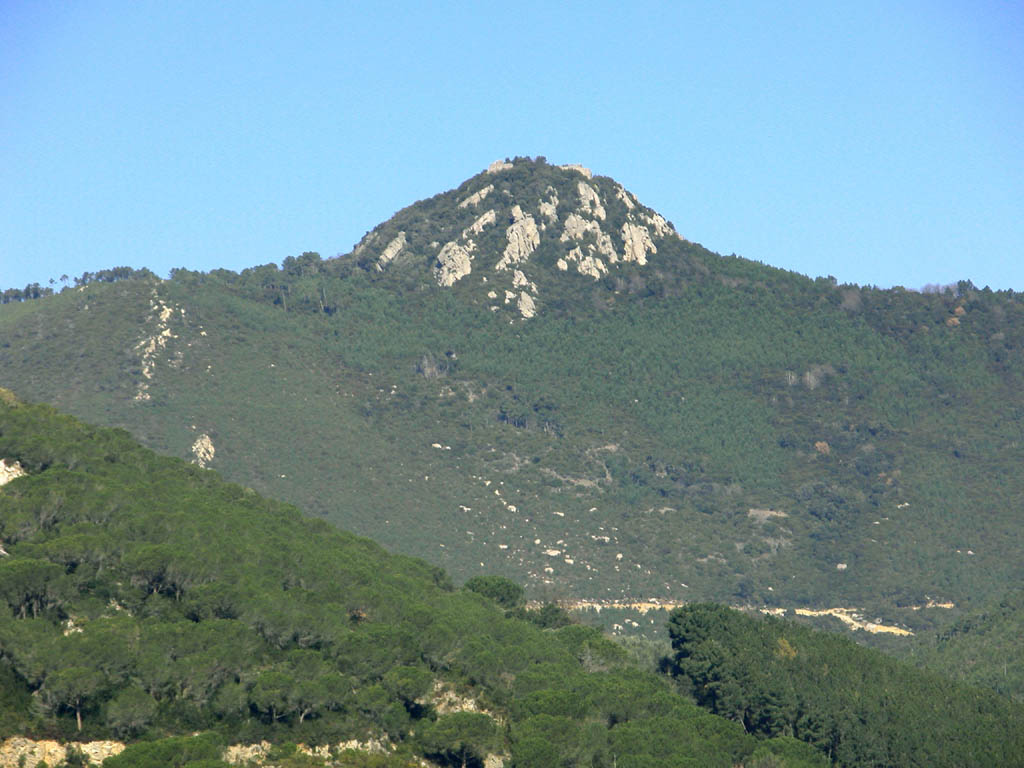 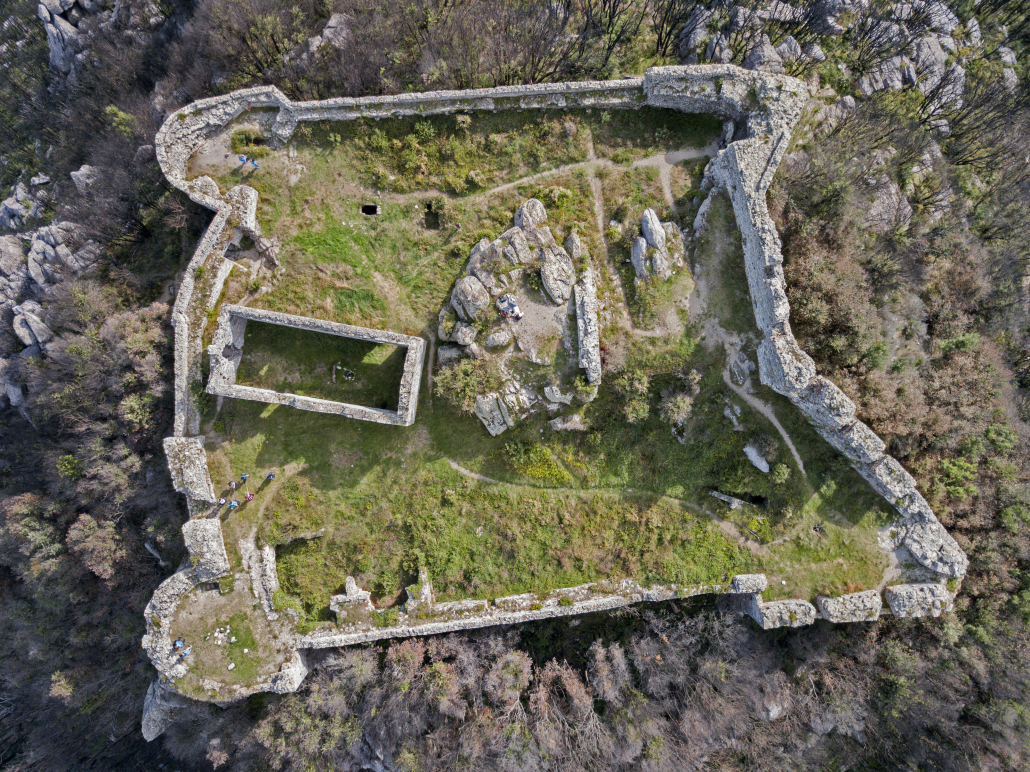 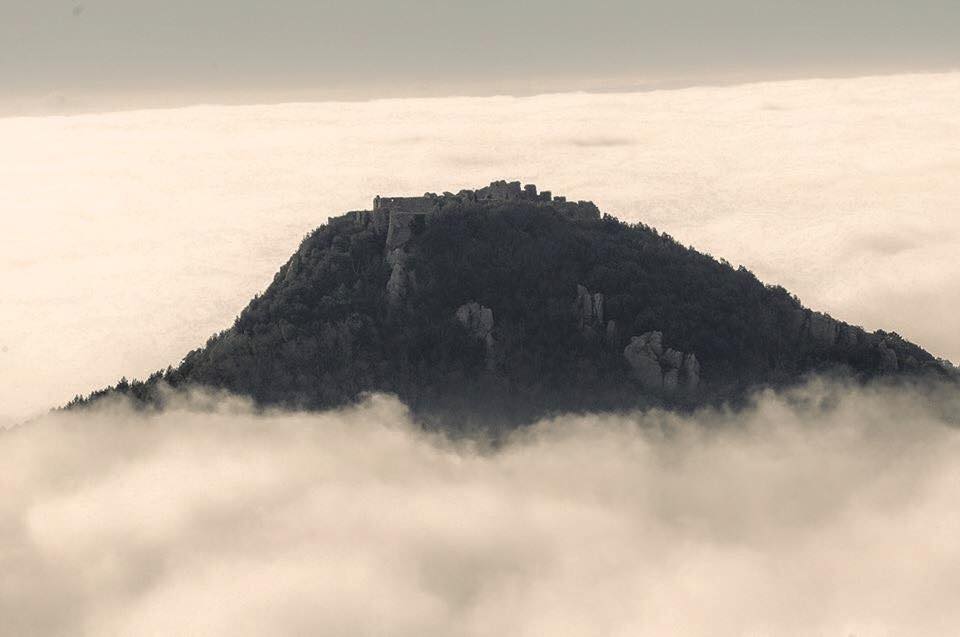 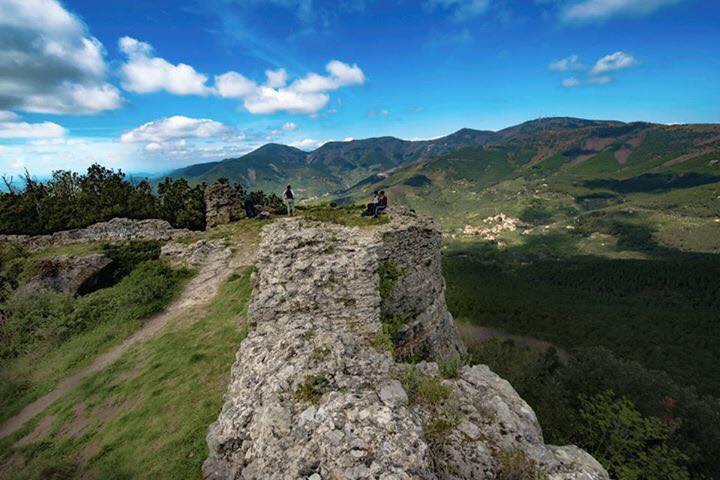 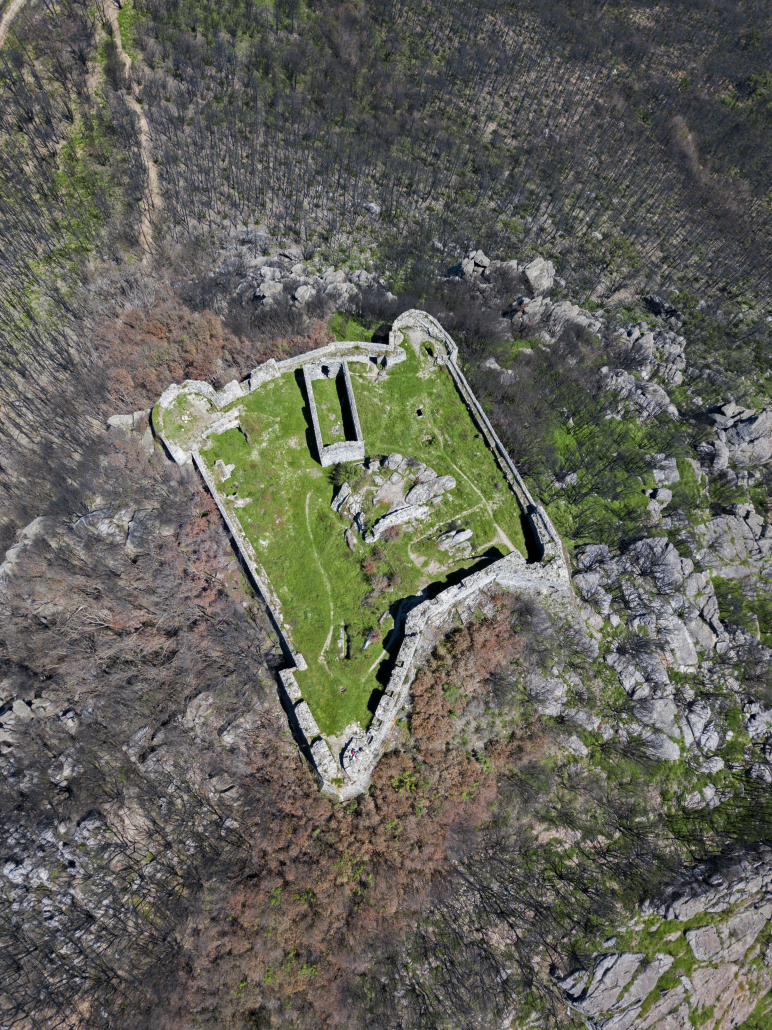 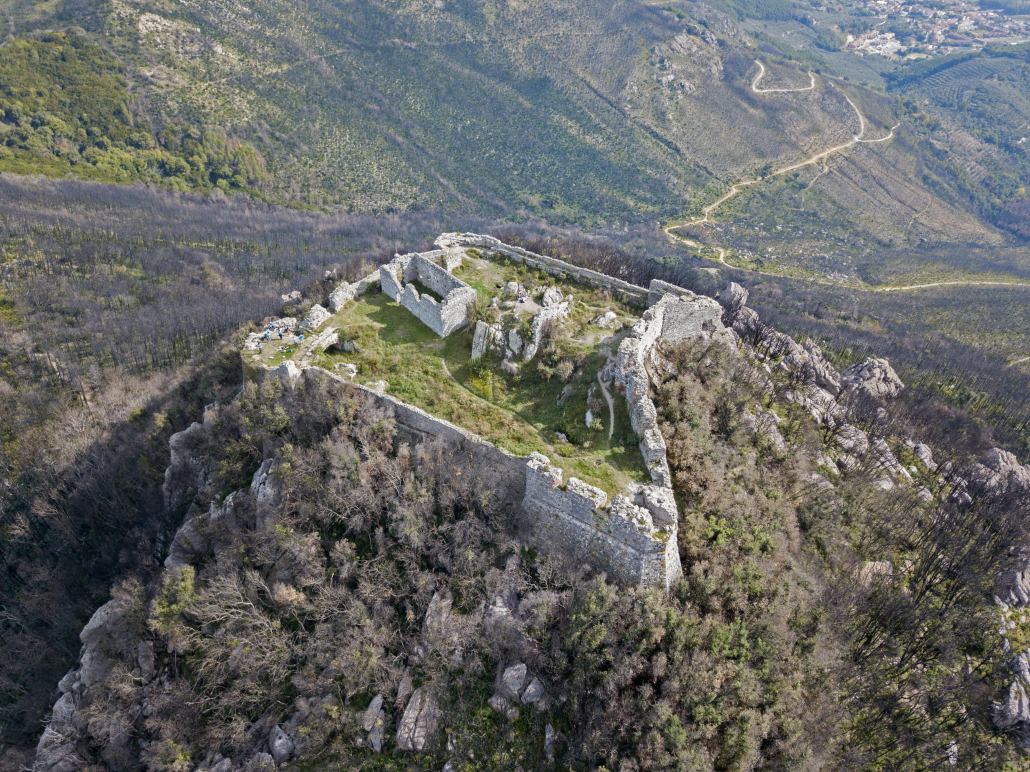 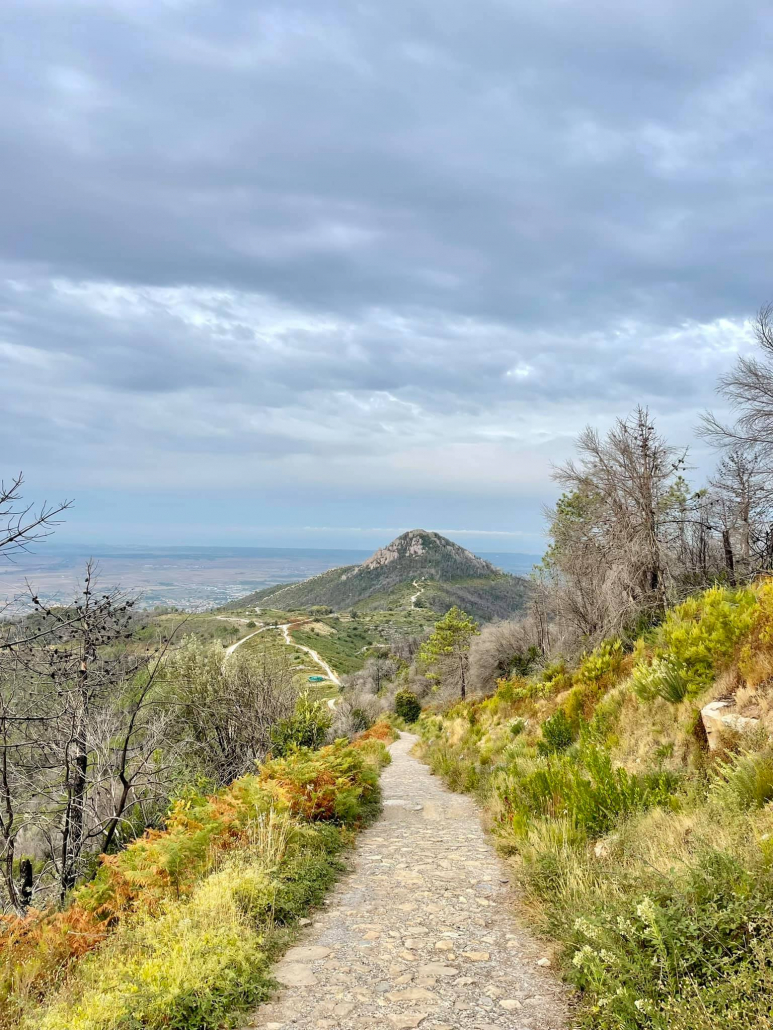 At the eastern end of Monte Pisano stands the summit of La Verruca , crowned by the majestic ruins of theancient fortress, guardian of the mountain passes and the Pisan plain. Positioned in such a way as to dominate the entire surrounding plain, the hills and the sea, it still offers us an overall view of rare beauty.

A fundamental strategic point of the Pisan Republic, it has always played a role of primary importance, contested by the Pisans and the Florentines. They knew the fundamental lookout function of this fortress. From the Verruca, in fact, a visual triangulation is possible between Pisa and the castle of Vicopisano, which is connected with the castle of Buti and the entire Pisan Lungomonte, otherwise covered from the view of Pisa.

The Verruca is located on a cliff of Verrucano boulders, placed almost vertically to the ground, forming the natural base of the fortress. It stands out from all the other mountains near Pisa and it has always been the subject of legends, certainly generated by the conditioning that this place arouses in the observer.

Today, the summit of La Verruca is a popular destination for hikers, walkers and mountain bikers. There are many routes that wind their way both from the Vicopisano side and from the Calci side that, more or less gently, wind through olive, chestnut and holm-oak woods, pines and Mediterranean scrub to the fortress at the top. From up there you can enjoy a breathtaking view: on a clear day you can admire the sunset at sea, from the Livorno coast to the Apuan Alps with suggestive reflections on Lake Massaciuccoli.

Today, ruins of the fortress of La Verruca are still preserved, allowing a reading of the various reconstructive interventions.

With a pentagonal plan, it has two large round towers at the front, the result of 16th-century restoration work and built of brick, and a pair of sharp-edged bastions at the rear in local stone.
Although seriously damaged by historical vicissitudes, the fortress clearly shows the original structural layout and, on careful analysis, still allows us to understand the internal organisation of the elevated structures. All the underground structures such as the cistern or the access corridors to the side towers are well preserved. In addition, there is a building in the elevation made of large blocks of verrucano, traditionally identified as a church. The gate, which is reached by a steep staircase carved into the rock, still preserves the trilithic structure, the traces of the hinges and the locking devices and allows the entrance to the fortress.
Once inside, we can see that the fortress is built on two levels, one of which is completely underground. The upper level is the one that has suffered the most damage, for example, the battlements and various covered structures have disappeared completely, but in some places the remains can be seen. Nevertheless, the perimeter walls of the fortress reach considerable heights of up to 4 metres in some places.
As soon as you enter, on the right, the remains of a very interesting quadrangular structure are preserved in elevation. The four walls of the structure are preserved entirely in elevation with part of the tympanum closing the roof, missing in its entirety. On each long side there is a door with a monolithic architrave and on the SE side there are two splayed windows. The stones used denote two construction phases: the first is characterised by large blocks of verrucano of coarse workmanship that make up the lower part of the building; the stones are badly deteriorated by time and their appearance and workmanship can lead us to suppose that they are remains of the very first construction phase.
The second phase consists of stone blocks, also in verrucano, but coming from a different quarry, the same one used for the underlying Church of St Michael Archangel, so much so that it has been hypothesised that these stones come from the destruction of the latter. The blocks are squared and polished according to a typology that can be found in other religious and civil buildings in the area. Remains of a probable donjon or raised keep can be found in the central area of the fortress, naturally higher than the rest of the plateau, but few elements are still legible.
The Fortress has entrances in the ground leading to the lateral bastions in which rooms have been obtained from which it was possible to shoot or watch the outside. One of these openings leads to a vast underground chamber with a barrel vault under which the vaulted roof of a room below can be seen, now filled with debris. On the N side, a series of masonry arches are visible, which supported the load-bearing structure of a roof similar to the one just described, which has now collapsed.
In general, the appearance of the Verruca is well reconstructed despite the damage caused by neglect and time, but we are certain that an accurate study, never undertaken until now for this site, and an intervention of recovery could return to a better use this important testimony of our past.